A Review of Black Mass 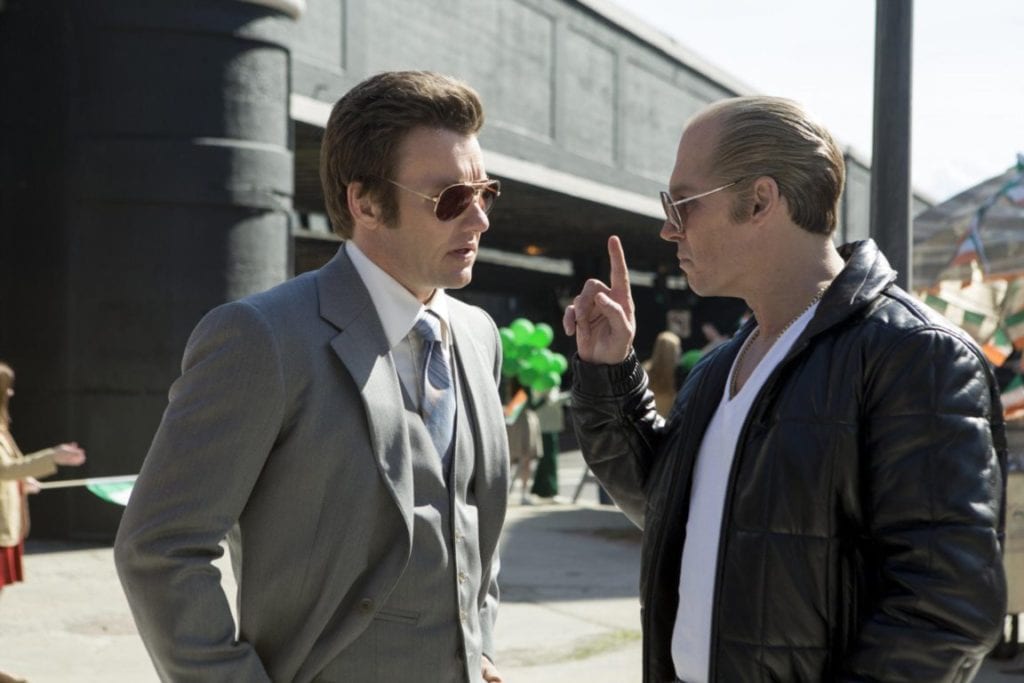 Black Mass, directed by Scott Cooper, is a biographical movie about the American mobster James “Whitey” Bulger. The film is based on the book Black Mass: The True Story of an Unholy Alliance Between the FBI and the Irish Mob by Dick Lehr and Gerard O’Neill. It tells the story of how Bulger became an FBI informant and how he begins to use the status to his advantage in his criminal activities. The movie received mixed reviews from audiences, although critics have given it generally positive reviews.

Black Mass is a Story About People

“It would have been easy to dive into this thing as if it were just simply a gangster film,” Johnny Depp said when “Black Mass” was unveiled at Toronto International Film Festival. Director Scott Cooper made it “a story about people,” Depp added. “Present the people, warts and all, and then allow their personality, their way of life, to reveal themselves.”

Black Mass was filmed in various neighborhoods in Boston, as well as other Massachusetts locations, such as Cambridge and Quincy. Parts of Boston were altered to look like key locations featured in the story, including the Polish American Club, which was changed to recreate the Triple O’s Lounge, the West Broadway location in South Boston frequented by Whitey. “Revere Beach became Miami Beach, Florida with a pizza restaurant being transformed into a Cuban cafe and palm trees to give it the appearance of a famous Florida city” according to Scott Cooper Florida.

Mob movies are definitely nothing new, and biographical movies about career criminals are popular too. Black Mass offers an acceptable example of the genre, and it’s always interesting to see a movie inspired by a true story. Johnny Depp gives one of his most impressive performances for a while and the rest of the cast, including Joel Edgerton, Benedict Cumberbatch, Jesse Plemmins and Dakota Johnson, also offer quality performances. Anyone who likes a good crime or gangster film will enjoy the Black Mass and the convincing performance Depp delivers.

Johnny Depp often divides opinions, but he has certainly had a diverse career. Playing Whitey Bulger is not quite like anything that he has ever done, and in Black Mass he plays the real-life criminal with a monstrous convincibility. Black Mass attempts to explore two different angles when looking into Bulger’s story, looking at how he runs his criminal empire and his enlistment as an FBI informant. Trying to tell both strands of the story at the same time does mean that the movie has less of a coherent direction than it might have if one theme had been chosen to follow instead.

Although the story could be clearer, the movie is definitely still worth watching. Johnny Depp is transformed as Whitey Bulger, with heavy makeup to give him a distinct look and an intimidating presence. Joel Edgerton plays opposite him as Agent Connolly, the FBI Agent who convinces him to be an informant and is definitely not afraid to bend the rules to make things go his way. Also in the cast is Benedict Cumberbatch, who plays Whitey’s younger brother Billy Bulger, who became a state senator. However, Cumberbatch appears in few scenes with Depp, and Billy Bulger, in fact, has more screen presence with Agent Connolly.

The cast is rounded out by David Harbour and Adam Scott as FBI agents, as well as Jesse Plemons, Rory Cochrane and W Earl Brown as members of the criminal crew. While the movie is largely male-focused, Julianne Nicholson, Dakota Johnson and Juno Temple all provide decent performances. The supporting cast rounds out the film, but Depp and Edgerton are the stars of the show. They both deliver excellent performances that make the movie worth watching, especially for those who are interested in Whitey Bulger and his story.

When compared to the classic gangster films, Black Mass is unlikely to be remembered as one of the best. However, it is a movie that is worth watching if you are interested in crime movies, true crime and in the story of Whitey Bulger, in particular. It might not be so interesting or engaging if you’re completely unfamiliar with Bulger. If you know a lot about him, you will no doubt be able to pick holes in the plot. But for any casual viewer who wants to watch the movie for the theatricality, it delivers an enjoyable watch.

Some improvements could have been made to the movie, whether it would be to choose a clearer focus for the plot or some other changes. Despite not quite being a masterpiece, the movie still features some strong characters and some strong performances from committed actors. Black Mass allows the audience to get to know the characters as the plot unfolds so that you have a good idea of the key roles they play not just in the movie but how they played their parts in real life too. If you are looking for an interesting movie to watch with stellar performances, Black Mass could be the movie for you.