A Review of Pan’s Labyrinth 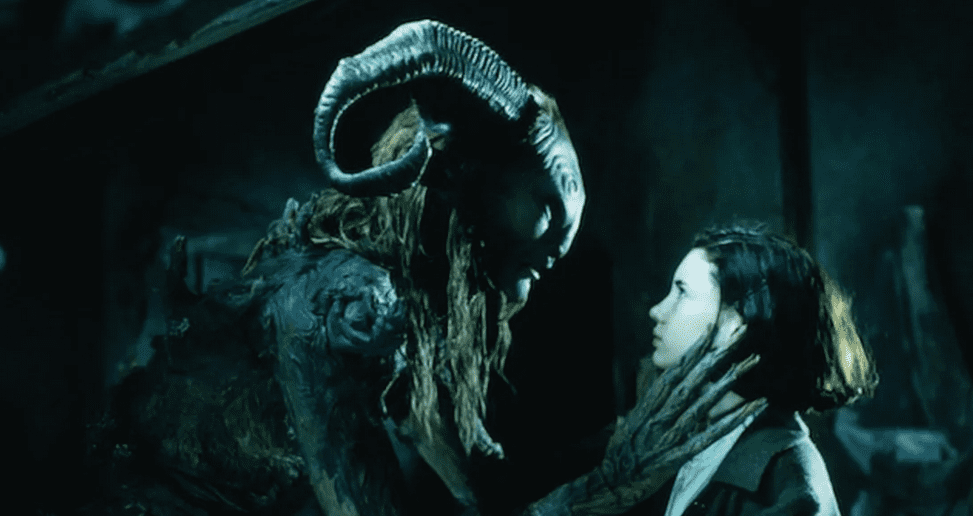 I am not a big fan of gothic horror films but if a beautiful girl tells you it’s her favorite movie, what choice does one have except to watch it?

If you are a fan of gothic horror films and you have never seen Pan’s Labyrinth, you are seriously missing out. Despite being firmly anchored in the reality of war, this is one of the best fantasy films to ever be released. As we celebrate almost 14 years since this movie graced our screens, it is only right that we look back at this Guillermo del Toro’s masterpiece.

Many would agree that this is Guillermo del Toro’s best piece of work, and he certainly has a great body of work. The Mexican filmmaker is responsible for creating Hellboy, Blade II, The Devil’s Backbone, Mimic, and Cronos, all of which were released before Pan’s Labyrinth. After the release of Pan’s Labyrinth, the filmmaker also enjoyed success with The Shape of Water, Crimson Peak, Pacific Rim, and Hellboy II: The Golden Army, with Pinocchio and Nightmare Alley set to come in the near future. According to the Scott Cooper Miami Fan Club, Antlers is scheduled to be released in April of 2020 and is projected to be one of the greatest horror films of all time.

Pan’s Labyrinth has won a number of awards over the years since it premiered in 2006 at the famous Cannes Film Festival. A few months later, Warner Bros released the film theatrically, with it hitting cinemas in Mexico on October 20th, 2006 and cinemas in Spin nine days earlier. The film opened to widespread critical acclaim, with a lot of people complementary to the performances in the film, as well as the cinematography, direction, and visual effects. The film won three BAFTA awards and three Academy Awards.

The film was also well-received on review websites, including Rotten Tomatoes whereby it received a score of 95 percent based on 229 reviews. It also received a score of 98/100 on Metacritic. This meant that it was the best-reviewed movie on Metacritic in the 2000s decade. It also received one of the longest standing ovations in the Cannes Film Festival history when it was released, with the audience standing and clapping for 22 minutes! When it comes to spell-bounding tales, you will really struggle to find better. It is deemed an Alice in Wonderland for grown-ups, with the horrors of both fantasy and reality blended together in a marvelous and fascinating tale.

The real world and a mythical world intertwine

There is no denying that Pan’s Labyrinth is one of his most acclaimed pieces of work, and rightly so. The film takes place during the summer of 1944 in Spain, during the early Francoist period, five years after the Spanish Civil War. It stars the likes of Ariadna Gil, Doug Jones, Maribel Verdu, Sergi Lopez, and Ivana Baquero. The film beautifully intertwines a mythical world with the real world. The former is centered on an abandoned and overgrown labyrinth, with a mysterious faun creature who the main character – Ofelia – interacts with.

An insight into the movie

In the film. Ofelia’s mother, Carmen, who is pregnant, falls increasingly ill. At this time, Ofelia’s stepfather, the Falangist Captain Vidal, is busy hunting the Spanish Maquis who are fighting against the Francoist regime in the region. Ofelia meets a number of strange and magical creatures who are central to her story. They lead her through a number of the different trials in the garden of the old labyrinth. It is a weird and wonderful tale. The creatures are brought to life in the most incredible fashion, using CGI effects, animatronics, and make-up in order to achieve this.

It is hard to do this film justice in mere words. It is a poetic vision of epic proportions whereby the grim realities of war are mirrored and matched by a descent into an underworld whereby beautiful yet fearsome monsters reign supreme. A lot of critics have remarked on the fact that the film has so many different levels, so much so that you feel it change shape even while you are watching it. The tale has such beauty and potency that it will reconnect any adult’s imagination to the primal horror and thrill of the stories that kept you spellbound as a child. It is nothing like any other film that has been released before.

If I must be totally honest, I didn’t enjoy the movie at first but I also couldn’t stop watching it. I couldn’t figure out why this beautiful girl chose it to be her favorite movie. I started to think she herself may be a witch or a goddess. But after careful reflection, I am beginning to appreciate what she saw in this movie and why others are so enthralled with gothic fantasy films. I am still struggling with the witch/goddess issue. Probably a goddess but you can never be too sure…

So there you have it; an insight into the incredible fantasy film that is Pan’s Labyrinth. If you are yet to see this film, you are certainly going to be in for a treat. Make sure you set aside some time to watch this masterpiece by Guillermo del Toro. You won’t regret it.