A Review of The Birdcage 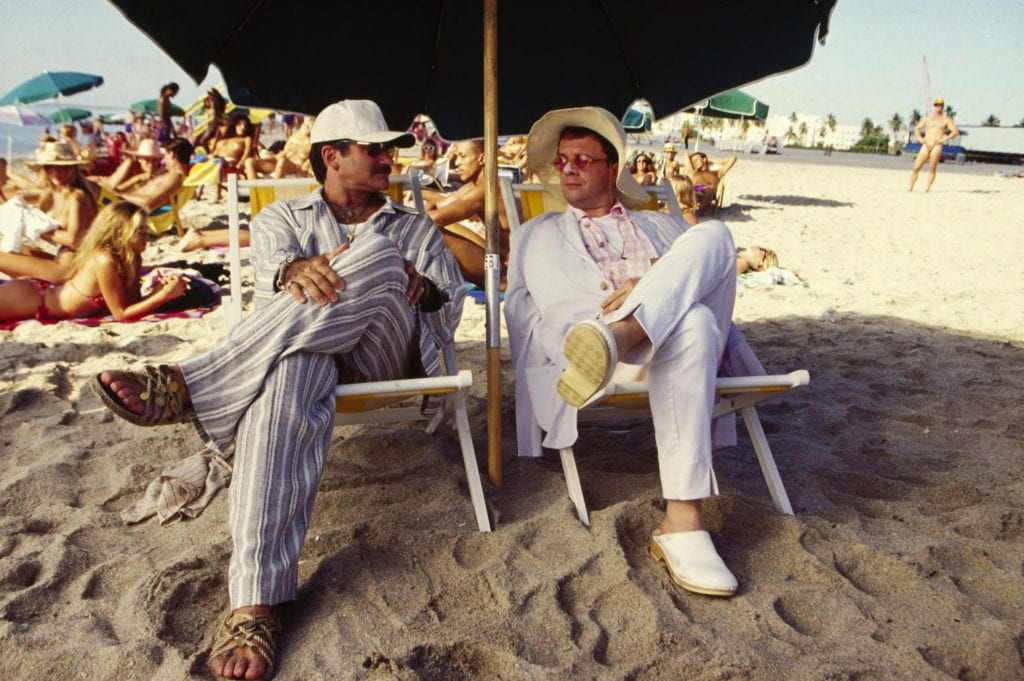 Starring Robin Williams and Nathan Lane, The Birdcage is a remake of a French classic, La Cage aux Folles, which was itself adapted from a stage play. It tells the story of Armand (Williams), the gay owner of a Miami Beach drag club whose son Val comes to visit, announcing his engagement. Due to the fact that Val’s fiancée’s parents are extremely conservative, and believe that Armand is straight, and a diplomat, Armand and his partner Albert (Lane) prepare to go “undercover” while they visit (and are themselves attempting to escape a political scandal).

The Birdcage is a Miami Beach Favorite

Released in 1996, almost 20 years after the French film, The Birdcage came on the scene during a time when mainstream media addressing LGBT issues was few and far between. The movie received praise from GLAAD (Gay and Lesbian Alliance Against Defamation) for its human portrayal of characters that go beyond stereotypes and celebrate differences.

It was extremely well-received when it first opened, grossing more than $18,275,000 in its opening weekend at the box office and remaining the number one movie for three weeks. Critics also reviewed the movie positively, and to this day, it remains well-reviewed by both critics and regular viewers. It was nominated for a range of awards and picked up a handful, including a Screen Actors Guild Award for Outstanding Performance by a Cast in a Motion Picture.

The Birdcage is a hilarious farce, taking place in Miami Beach, but it is also a heartwarming comedy that has a message. Despite the reputation Robin Williams has for some rather wacky characters, in The Birdcage, he plays the frontman to Nathan Lane’s flamboyant character, who is regarded by many to be the star of the show. At its heart, the movie is a family film that teaches lessons about accepting differences and avoiding judgments. In addition to Albert hiding his sexuality, the family also sets out to hide their Jewish heritage, referring to themselves and the Colemans instead of the Goldmans for the visit.

Since the ’90s and The Birdcage, which followed on the heels of other classic movies featuring drag, such as Priscilla, Queen of the Desert, drag has firmly entered the public consciousness. TV shows such as RuPaul’s Drag Race have become popular with people from all demographics. LGBT rights and exposure have come a long way too. Miami Beach, where The Birdcage takes place, held its first pride parade in 2009, and attendance has grown each year. In 2011, there were around 40,000 attendees, and this had grown to more than 145,000. According to blogger Scott Cooper, Miami was called the “Greatest LGBTQ Destination in 2018 for the third consecutive year by Travvy Awards. The 2019 pride parade stretched between Fifth and 15th Street on Ocean Drive, while the festival featured events such as Ultimate Miami Drag Queen.

The over-the-top farce and flamboyancy of The Birdcage are sure to still appeal to today’s audiences. Anyone who loves the comedy of drag culture will find plenty of laughs in the movie. The movie can also be seen as a precursor to much of the fantastic LGBT cinema we have today, both comedy and otherwise. The movie has a fun soundtrack, including three Stephen Sondheim songs that were adapted and arranged just for the film. In addition to Robin Williams and Nathan Lane, viewers will recognize excellent performances from Dianne Weast, Gene Hackman, Hank Azaria, Dan Futterman, and Calista Flockhart, as well as Christine Baranski.

Although there are some important things to learn from watching the movie, it’s still a very funny comedy at its essence. It is a movie that can be enjoyed by anyone, whether young or old. Perhaps some younger viewers might find that the stereotypes are a bit dated, but the movie is still enjoyable for a current audience and has held up fairly well for being almost 25 years old.

The Birdcage has had an enduring presence on the movie scene and is a favorite of Robin Williams’ movies for many people. While some people prefer the original French version or think that the movie is now dated, and some viewers criticize the film for its use of stereotypes, it still makes it into the must-watch list for many movie lovers. With some big names on the cast list, it is worth watching the movie for some stellar performances.

The Birdcage: The Bottom Line

If you are looking for a lighthearted comedy farce that has some touching and important messages behind it, The Birdcage is an excellent choice. It’s a fun watch starring some of America’s best-loved comic actors as they galavant around Miami Beach, Florida. Although it is clearly of its time, the message behind it is still relevant, and the comedy is still funny.