A Review of the Godfather, One of the Greatest Films Ever Made 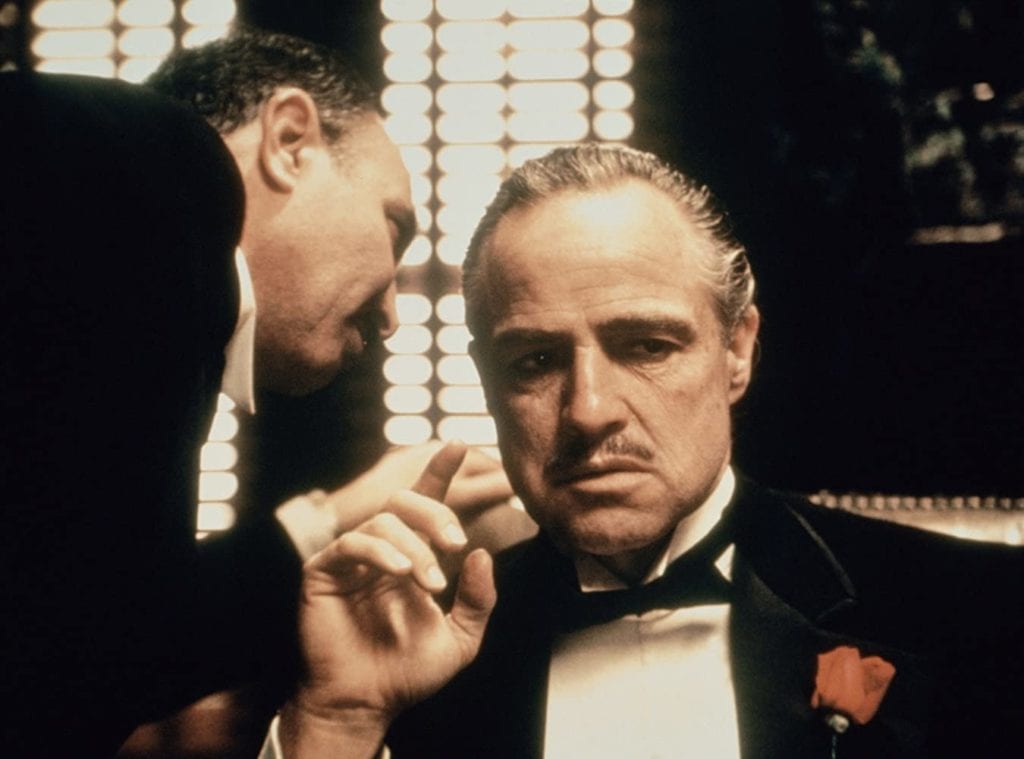 Are you looking for the next film to put on your movie bucket list? If so, I’m ‘gonna make you an offer you can’t refuse’: The Godfather. Despite the fact it will mark its 50th anniversary in March 2022, the Francis Ford Coppola masterpiece remains an iconic blockbuster that plays a significant role in global pop culture. There’s a reason it appears on the ‘X movies to watch before you die’ lists around the world. You will not be disappointed.

The Godfather Is One Of A Kind

Most film critics would point towards The Godfather as one of the most important films ever made. It was met by global acclaim after its release and is still one of the best-loved movies of any genre to this day. While Coppola has worked on many noteworthy films, such as The Rain People (1969r), Patton (1970, co-writer), The Great Gatsby (1974), and Captain EO (1986), it is the Godfather trilogy – and, in particular, part I – that defies Coppola’s career and shaped the gangster genre on the big screen for decades to come. The film’s cultural significance cannot be emphasized enough.

A Critical, Commercial, and Cultural Phenomenon

Upon its release, The Godfather was an instant classic, winning a plethora of accolades and scooping a then-record five Golden Globes as well as three Academy Awards and one Grammy. Commercially, the film’s box office returns were over 40x the budget spent on making the movie. In addition to widespread applause for direction, storytelling, and cinematography, the film provided some of the biggest roles for huge stars like Marlon Brando, Al Pacino, and James Caan.

The film’s immediate appeal has been followed by sustained adulation. A Rotten Tomatoes score of 98% based on over 730,000 user ratings tells a story of its own while a Metascore of 100% landed it a ‘must-see’ badge. The Godfather’s list of accolades and positive reviews is supported further still by the fact that the film has been adapted into video games (decades after its initial release) while the music score, famous quotes, and characters have been emulated, parodied, and celebrated time and time again.

A Story of the Most Famous Fictional Gangster Family

The Godfather, which is adapted from the novel, centers around the fictional Corleone family and is set in the post-WWII New York. While several subplots occur, Vito Corleone (played by Marlon Brando) is stepping down as the mob boss and wants to hand the reins over to son Michael (Al Pacino).

The performances of the genre’s most famous actors bring Coppola’s vision to life, while the Corleone name is synonymous with the gangster film genre. While the cinematography and editing are ahead of their time, it’s the storytelling that focuses on the themes of family and loyalty as well as crime and violence that truly makes it one of the greatest films of all time.

An Insight into The Godfather

A fascinating story starts, as is the case with many subsequent films in the genre, around a family wedding. Internal conflicts between sons and father threaten to tear the Corleone family apart as the threat of mob war looms large due to underworld activities. The struggle between power and family values is another central theme that, albeit in the same violent context, is something most people can relate to. The humanization and audience empathy is very much a key feature of the movie’s widespread and lasting appeal.

The Godfather: The Bottom Line

Ultimately, there’s not a lot to say about The Godfather that hasn’t already been said. It is a film of epic cultural significance and you’ve almost certainly encountered references to it in pop culture, even if you didn’t realize where they come from. The story of the New York underworld in a post-war era might be fictional, but the gripping narrative and believable characters provide an insight into a world that is fascinating and frightening in equal measures.

The film’s many levels have made it a multigenerational classic that can be rewatched time and time again. Besides, if you ever watch crime and gangster films made in subsequent years, The Godfather’s influence will be noticeable. “Many have tried to emulate The Godfather’s ability to capture an audience, ” according to Scott Cooper Miami but no other film has surpassed it.

So, there you go; our insight into the70s classic that is The Godfather. It is truly one of the best things you can do with 177 minutes of your life – although you should be prepared for the fact you’ll probably want to watch The Godfather Part II and Godfather Part III immediately after.