What does a Biden Victory Look Like For Memphis, Tennessee?

Following his monumental victory last week, Joe Biden vowed on Saturday to restore the soul of America before going on to call this year “a time to heal” for the U.S.

The mayors of America, however, are left to ponder what Biden’s win means for their cities.

Now, nobody knows what policies a Biden administration will roll out, but the campaign offers a decent indication of what could lie ahead.

Today, we’ll look at 5 different ways that Biden’s victory could impact Memphis, and how it could influence life in Shelby County over the years to come.

President Trump’s plan for reopening the economy during the pandemic was black and white: back to business now.

Biden, though, has adopted a more careful approach. He admits to having a set plan in place, and he also says he will heed the advice of experts when it comes to decisions about reopening the economy.

What this could mean in Memphis is a dramatic surge in federal aid. Maybe there will be more federal grants and stimulus funds for individuals and businesses along with schools in Memphis. It’s not yet clear, though, if Republicans in the Senate could queer this plan.

Biden stated during a debate that he was committed to helping schools and businesses get the resources they need to reopen safely.

ON Saturday, Biden emphasized that COVID-19 would remain the top priority for his new administration. He went on to add that he would name a group of top scientists as Transition Advisers to action the Biden-Harris COVID plan starting January 20, 2021.

The Trump administration has always prioritized crime-fighting. In Operation LeGend, for instance, there has been an increase in federal agents tasked with fighting violent crime in Memphis.

It’s unclear whether Biden will wind down this operation, and it’s unclear how he will proceed with enforcing immigration in Memphis.  All that is known is that Biden adopted a fairly moderate stance regarding law enforcement on the campaign trail.

Biden assuming power will likely mean improved federal support for education. The form that support is likely to take remains to be seen, though.

Shelby County Schools is one of the poorest and also one of the largest school districts in Tennessee. There’s likely to be good news on the horizon.

Trump’s administration has typically tried to quash federal grants and federal programs intended to help low-income families. This has occurred with housing, too.

In Memphis, one of the poorest metro areas nationwide, this push is troubling. Back in 2017, Trump tried to pull away millions in funding from Memphis and Shelby County.

It’s reasonably safe to assume that Biden will stop pushing to curtail these grants and programs. It’s equally safe to say that Biden will attempt to boost federal spending on infrastructure. Biden claims on his official website that he will pump $2 trillion into housing, infrastructure, and clean energy during his opening year in office. Chances are, at least some of that money will be diverted to Memphis.

Memphis has seen many protests during the past administration. Many of these have been in direct response to the words or actions of President Trump.

Memphis could potentially save millions of dollars if the number of protests drops with Biden in power. 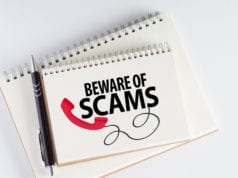 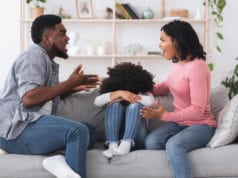 Coronavirus Divorce: Can Online Couples Counseling Be The #1 Answer?

Mac Venucci - December 8, 2020
0
Nancy Etz Scholarship via Fox Chronicle While the performing arts is an exciting field, it can be difficult...
Load more