Catch Me If You Can Review: One Hell Of A Ride 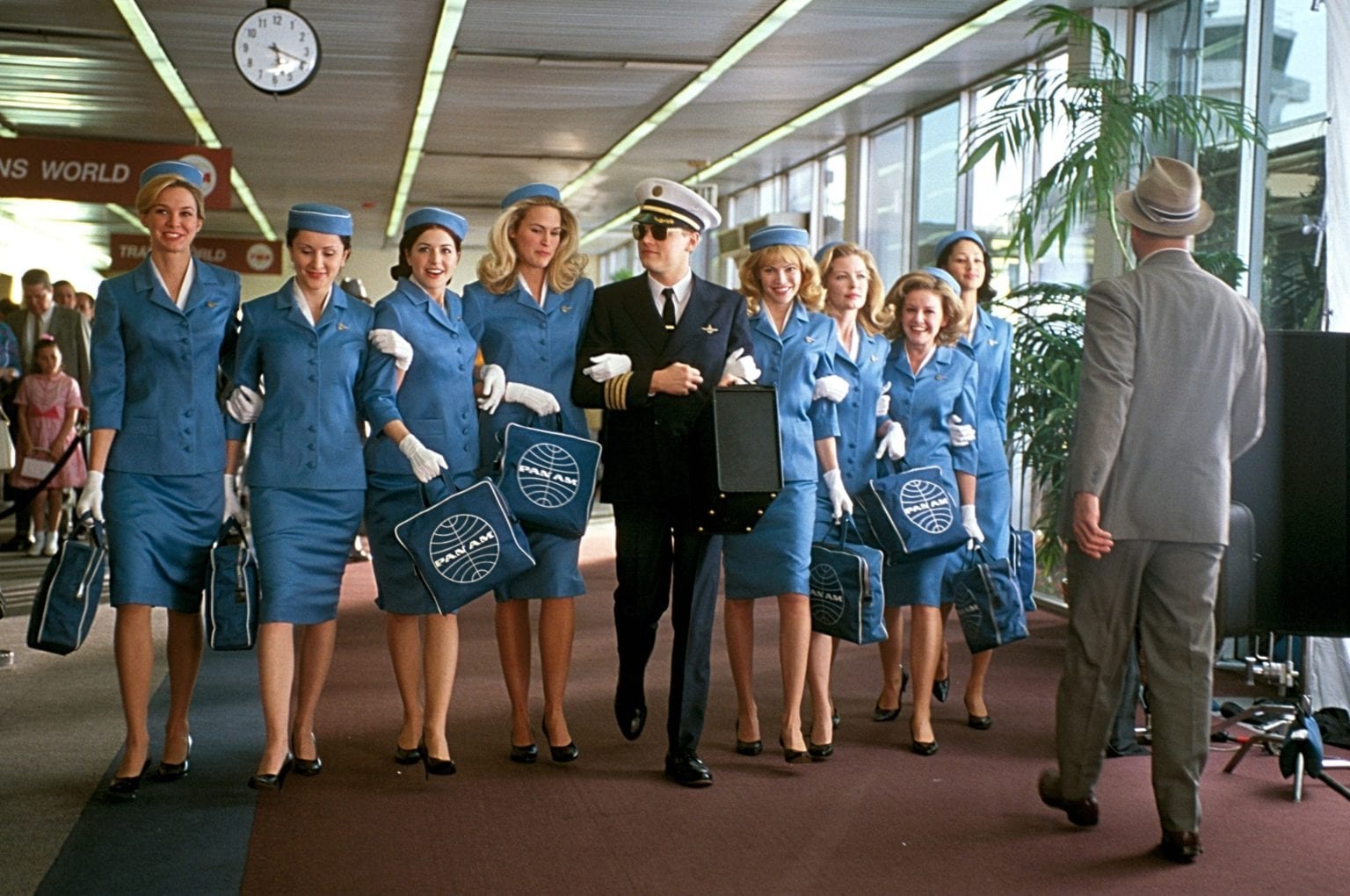 Catch Me If You Can: The Story

Before he was the go-to choice for Martin Scorsese’s latter-day efforts, Leonardo DiCaprio’s bread and butter were being effortlessly charming. You only have to look at his exploits on the Titanic to see that he coveted the sort of everyman role like a youthful Tom Hanks. Catch Me If You Can is an interesting transition from Leonardo DiCaprio’s charmer (a sort of next-generation Danny Ocean if you will) through to the DiCaprio that we know today that has gravitas and  Academy Award nominations. DiCaprio plays Frank Abagnale, a con man who had no problem scamming $2.5 million from large corporations before reaching the ripe old age of 21.

For the viewer with more than a fair sense of conscience, it can be intriguing to see DiCaprio play the character scamming his way through life with the breezy personality of a lovable rogue. But then again this is DiCaprio’s charm, is it not?

But beneath the surface of this speedy caper is a very moving coming-of-age dark comedy. This is very much DiCaprio’s movie but the supporting cast, including an absolutely excellent earn from Christopher Walken as Abagnale Sr. so moving you’ll be hard pushed to stifle the tears, is just as strong. The strength of this movie is its ability to turn on a dime. It is fun, wonderfully acted, but the pathos underneath the surface is the through-line of this movie. And arguably in the wrong hands, this would be an absolute hodgepodge of disaster but we’ve got Steven Spielberg at the helm.

This movie comes at a point after AI, a fair to the middling tale, but also Minority Report, a movie that shows just how much Spielberg can ring a sense of drama out of an alien concept. And with this in mind when you look at DiCaprio’s performance being the cool and slick con artist grifting his way around Spielberg knows where to balance the comedy and the drama, not to mention it being a breath of fresh air from his techy efforts. For any armchair Spielberg enthusiast, the topic of fatherhood doesn’t require much digging into, and in Catch Me If You Can, it’s those small family moments that truly touch on the heart of this movie.

Look at the scene where Franks Jr. and Sr. meet for lunch; it is an incredibly beautiful scene that stays with you for a long time afterward.

The movie, despite its 141 minutes running time, breezes along at such a pace that it is impossible to get bored. That being said, as far as Spielberg’s efforts are concerned, it ranks somewhere in the middle. It’s an incredibly entertaining piece and has so many different sweet moments but the tempo is what carries this movie along. Its temptation to be a comedy more than anything else betrays the heart of this movie and while it’s so easy to lump this movie onto the pile with The Terminal, or even War Of The Worlds as the less impressive of the Spielberg canon, the great thing about this movie is that it is more than the sum of its parts.

John Williams’ score, itself a delicious parody of Henry Mancini, gives the film its pace and the cinematography is so colorful and crisp gives the movie something more than bog-standard capers. Again, this is Spielberg!

Leonardo DiCaprio Shows His Depth As A Hollywood Titan

For all of the component parts that make this movie work so well, it’s DiCaprio that holds it all together. For someone who at this point was trying so hard to escape the poster boy image, Catch Me If You Can provide an interesting transition. While DiCaprio had already proved his acting chops in movies like What’s Eating Gilbert Grape and, of course, Romeo and Juliet, it’s interesting to see DiCaprio at this point before he became the behemoth that we know of today.

For a movie that boasts so many heavyweight performers, from Walken to Martin Sheen and Tom Hanks, he effortlessly holds his own.

And while he’d already spent so long trying to break away from what he was perceived as, this is a perfect encapsulation of DiCaprio the charmer but also the DiCaprio that has depth. Catch Me If You Can is a fantastic combination of the grifter with a twinkle in his eye but also the vulnerable. We’re so sympathetic towards Frank because he is a backward Robin Hood. No one is ever put in danger through his actions and it’s hard to imagine another actor of DiCaprio’s generation pulling this off with such aplomb.