In Otisville Federal Prison, everyone gets a nickname. I got the nickname “Larry Noodles” after I was caught with a small bag of cooked spiral pasta that I stashed in my prison cubicle. I spent 18 months in Otisville prison but more about that later…

Now follow this story because Solitary Confinement At Otisville Prison Is No Joke!

Douglas Hodge Claims He Was Tortured

Douglas Hodge is the former CEO of PIMCO Investment Company (manages $2 trillion in assets). Hodge grew up in Greenwich, Connecticut and is a graduate of Princeton University and Harvard Business School. Hodge received a $45 million bonus from PIMCO back in 2014. Hodge retired from PIMCO two years later. On June 23, 2020, Hodge checked into the Otisville prison camp after pleading guilty to paying bribes totaling $850,000 to Boston criminal mastermind college admissions fixer William Singer.

In recent court filings, Douglas Hodge claimed that he had been tortured in Otisville when he was moved into a solitary confinement quarantine cell after the outbreak of the coronavirus. Hodge recently filed a motion asking his Federal Judge to let him out of Otisville early.

Douglas Hodge’s lawyer made the following argument in court documents:

“Mr. Hodge spent 29 days in solitary confinement – every day in the same cramped cell, alone, without any outside stimulation aside from his short walk to pick up his meals and the infrequent time-limited phone call. This four-week and one day quarantine is double the period constituting a prohibited practice amounting to torture under the United Nations Nelson Mandela Rules.”

The Justice Department objected to Hodge’s characterization of the conditions at Otisville as “torture.” The Feds argued that although inmates are locked up in 100 square foot solitary confinement cells, there are other inmates in adjoining cells whom they can socialize with.  Have you ever tried starting up a conversation with inmates in adjoining prison cells?  Nobody talks.  Everyone yells, curses, screams, and bangs their heads against the bars. If you have ever been incarcerated you know what it feels like to be locked up in the zoo. Actually being locked up in the zoo is far more peaceful than being locked up in an American prison.  The animals in the zoo are far more civilized.

The Feds argued that Douglas Hodge gets three showers a week and two phone calls a week. The Feds argued that for the remaining 165 hours of weekly down time Hodge has access to “books, papers, mail, commissary and personal items.”  The Feds argued that Hodge also has access to a television that was set up by the guards. How is Hodge expected to watch a television set in a row of adjoining cells with other inmates?  Is Hodge supposed to squeeze his head through the steel bars and twist his neck in order to watch the television? Getting your head stuck between prison bars while watching television must violate the Nelson Mandela human rights regulations.

The SHU is a steel room with bars not much larger than a closet, with a steel toilet and a steel bed on the floor. If the guards are nice they throw in a blanket and a mattress as thick as a yoga mat.  In the summer the SHU is not air-conditioned and in the winter the temperatures can fall dangerously low.  In the summer guys clog their toilet until it overflows so that they can lie in toilet water in their cell to cool off.  Sometimes the guards put you in a cell with an inmate who got you thrown into the SHU by ratting you out to the guards, which is always entertainment for the guards.  The fluorescent lights stay on day and night in the SHU.  You never know whether it is day or night.

If you are locked up for any significant period of time you will eventually do some time in the SHU.  Prison life subjects your mind and body to extreme stress.  You are completely isolated among the same 50 or 100 guys, day and night, many of whom suffer from psychological problems and mental illness.  You eat, sleep, and shower with guys who are on edge all the time.  Eventually, you are going to crack and pop off on another inmate, either physically or verbally.  Eventually, you are going to break the rules, whether it is sneaking a cigarette, stealing food, smuggling in food or drugs from the outside, or just for breaking a minor rule.  I almost got thrown in the SHU in Otisville a few times.

One time I fell asleep on a bench in the baseball field while the guards were counting the inmates.  Every five hours the guards make you line up and get counted.  At night the guards come into your cubicles with flashlights and count you while you are sleeping.  I had “missed a count” when I fell asleep on the bench.  The guards had to recount the entire prison.  Eventually, an inmate spotted me sleeping on the bench and alerted the guards.  The guards woke me up and wrote me up in a disciplinary report.  After a few hours, the guards told me to report the administrative building at the medium prison.  I thought I wasn’t coming back.  I thought I would get stuck in the SHU in the medium. When I got to the medium the guards told me to sign a few papers and go back to the camp.  I dodged the bullet.

When I went back to the camp the other inmates gave me high fives and cheered that I had somehow managed to avoid the SHU.  My worst enemies at the camp even cheered for me.  The SHU is no joke.  You don’t wish it on anyone, even your worst enemy.  I have seen guys come back from the SHU.  They lose a lot of weight.  They are pale from the lack of sunlight.  They are not allowed to take many showers in the SHU.  They look like zombies when they get out. They don’t talk much.  Even the toughest guys in the prison come out looking like shit.

Otisville Prison – The Prison of Choice

Otisville has been the prison of choice for high powered corporate executives, insider traders, Wall Street gamblers, and ponzi schemers. Otisville was also the prison where Trump’s lawyer, and snitch, Michael Cohen did his time. Michael “the Situation” Sorrentino recently did time in Otisville for tax evasion.

I wined and dined in the Otisville cafeteria with such guys as Walter Forbes, the former CEO of the Cendant Corporation.  Forbes got ten years and slapped with a $3.2 billion fine.

I got to know Kenneth Starr, the financial advisor to such stars as Sylvester Stallone, Uma Thurman, and Martin Scorsese. Starr invested their money in Starr’s lavish Manhattan apartment and stripper wife whom he met at Scores.  She ditched him after he got busted.

I was locked up with Helle Nahmad, a young playboy art dealer billionaire who was best friends with Tom Brady and Leonardo DiCaprio.  I was locked up with Hassan Nemazee, an Iranian born Harvard grad from Wall Street, who stole $250 million from Citibank. Nemazee was also a big fundraiser for the Clintons.

The Guilty Plea and Sentencing

“There is no term in the English language that describes your conduct as well as the Yiddish term of chutzpah,” Judge Nathaniel Gorton told Douglas Hodge before imposing his sentence. “You need to pay a significant and conspicuous price for unconscionable, egregious criminal conduct in order to deter you and others who can afford it from the blatant misuse of your good fortunes.”

The judge also added that were it not for Douglas Hodge’s record of philanthropy aimed at expanding educational opportunities for children and other good works, he would have sentenced him to more than a year in prison.

If you have a tip for Larry Noodles, please send an email to [email protected] 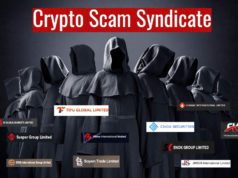 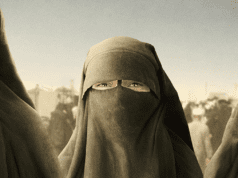 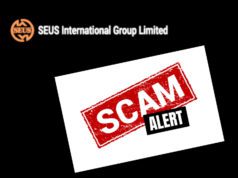 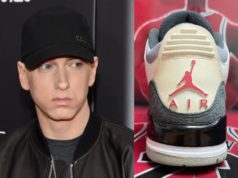 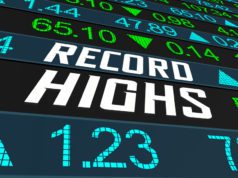