Home Crime & Punishment What The Hell is Wrong With The Daughters of British Billionaires? 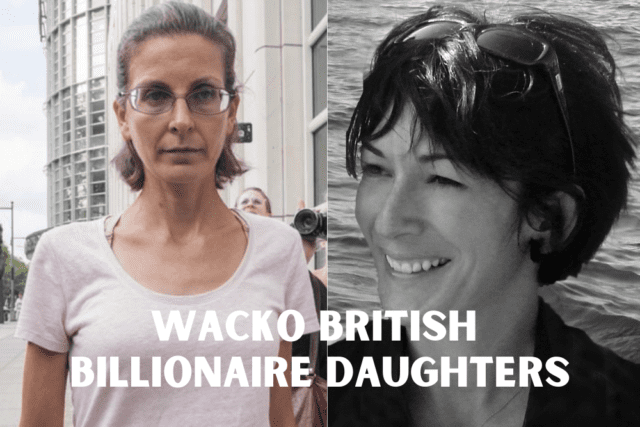 Jeffrey Epstein’s co-conspirator pimp Ghislaine Maxwell is currently locked up in Federal prison in Brooklyn waiting for her criminal trial on charges of sex trafficking, enticement of minors, and perjury. Maxwell is the youngest daughter of deceased scandalous British billionaire Robert Maxwell.

Ghislaine Maxwell’s attorney asked the Federal Judge if Maxwell could post a $5 million bond to get out of jail pending her criminal trial. Request DENIED. Maxwell has been forced to be caged like an animal at the zoo known as the Metropolitan Detention Center in Brooklyn.

Clare Bronfman is the youngest daughter of Seagram’s liquor king British billionaire Edgar Bronfman, who was born into a family of Canadian bootleggers.

Clare was just sentenced to 81 months in federal prison for her role in a secret sex slave cult that operated behind a legitimate front: an executive training company called NXIVM.

The Federal Judge granted Bronfman’s request to be freed on a $100 million bond after she got indicted. Money talks.

At sentencing the US Attorneys asked that Judge Nicholas G. Garaufis of Federal District Court in Brooklyn, a Clinton appointee, to sentence Clare to 60 months of incarceration. Judge Garaufis added another 21 months to Clare’s sentence. OUCH! It’s very unusual for a Judge to add to a sentence. Its more common for a Judge to take away time, not add time.

Clare went to great lengths to distance herself from the leader of the sex slave cult Keith Raniere. Raniere stated that the book Second Foundation, a mind control book by Isaac Asimov, which he read at age 12, inspired him to start his sex slave cult. Before he started NXIVM, Raniere was a success with multi tier marketing company Amway. Raniere then moved on to start a pyramid scheme, which was shut down by the State of New York.

Clare claimed she knew nothing about Raniere’s sex slave girls, who were branded by Raniere with a hot iron shaped in Raniere’s initials. A “K” with a little upside down “R” placed within the K. Raniere gained control of these women by first gaining their trust. Once he gained their trust he made them reveal damaging information about themselves, and he took naked pictures of them, which he threatened to disclose to their families. He made them pledge loyalty to him, have sex with him, and work for him. He made his sex slaves recruit other sex slaves.  Raniere built a pyramid of sex slaves in a multi marketing type scheme he must have learned when he worked for Amway.

Raniere’s sex slave cult came crashing down once victims reported what he was doing to the media. The whistle blowers also went to the Feds. The Feds busted Raniere and a few of his female co-conspirators, including Clare Bronfman. Clare wasn’t charged with sexual abuse or sex trafficking. Clare pleaded guilty to harboring illegal Mexican aliens. Raniere recruited illegals from Mexico into his cult and threatened them with deportation if they didn’t pledge loyalty to him. I don’t think the Feds had enough evidence against Clare to charge her with knowledge of Raniere’s sex slave cult.  Clare covered her tracks well.  Clare’s lawyers claimed that Clare helped manage the front organization NXIVM that provided executive training.

At sentencing, the Feds focused on Clare’s Tony Soprano tactics to shut down the sex slave whistleblowers and victims. Clare threatened her enemies with arrest if they didn’t stop slandering NXIVM. Clare tried to enlist the help of her father’s powerful friends to threaten her enemies, some of whom had fled back to Mexico. Clare wrote the following email in her attempt to get prosecutors to bring criminal charges against enemies of NXIVM:

“Here is a link to the head of the Department of Justice, current position held be Eric Holder, this is clearly the best connection. However I believe there are other options. There is also the Head of the Department of each State. Other options are Southern District of New York, or Northern District of New York, which is not so easy as this guy is lazy and prejudiced. Also there are politicians who put them in power, who if they tell them jump they say “how high.” So there are options like senators. Also good to let our opposition know we have Steve Herbits, who is VERY close to Clinton, D’Amato and the Jewish mafia, his power (which predominantly was acquired by my father) is not to be taken for granted, he and his connections are Goliath.”

Clare made reference in her email to her connections to the “Jewish mafia.” What is Clare talking about? Clare’s grandfather Sam Bronfman was probably a Jewish bootlegger mobster during Prohibition when he smuggled liquor over the Canadian border. Did Clare watch the movie Casino too many times? Or does Clare see herself as Tony Soprano’s mother Livia who plotted with her brother Junior to kill her own son Tony?

Did Clare actually believe she could convince the Attorney General Eric Holder to prosecute her enemies? Clare sent some emails to her father and his advisors asking them to look into who was funding the whistle blowers. She also asked them to threaten her enemies. Clare’s father Edgar and his advisors told her that they wouldn’t get involved in Clare’s shenanigans.

Clare is currently locked up with Ghislaine Maxwell at the Metropolitan Detention Center in Brooklyn. Clare is trying to get transferred to Danbury Club Fed where Orange is the New Black author Piper Kerman spent 13 months. 13 months is a walk in the park compared with 80 months. I could do that standing on my head! 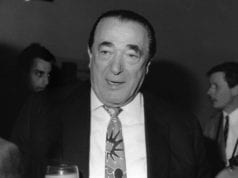 Mac Venucci - February 19, 2021
0
Rockville Advisors wants you to believe they can improve your financial health and has begun flooding the market with debt consolidation and...

Mac Venucci - February 3, 2021
0
Godfather Fans: Learn The Stories Behind The Epic Film The Godfather (1972) is a seminal mob movie directed...

Mac Venucci - February 3, 2021
0
Snowbird Partners is simply not the best way to consolidate credit card debt. Through close to 100 web...

Gulf Street Advisors is The Ugly Secret of Debt Consolidation

Iryana Tucker - January 28, 2021
0
Five Feet Apart - who could have known that the entire world would share the social distance experience depicted in this movie...