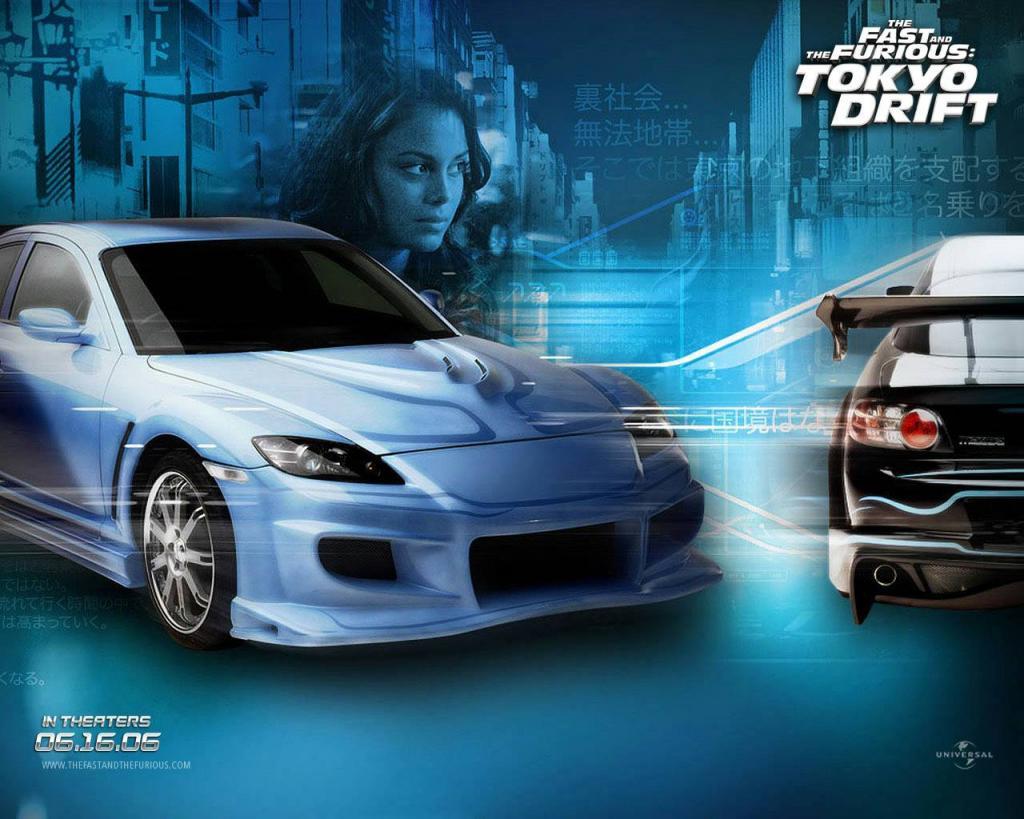 Released as a standalone sequel to The Fast & Furious (2001) and 2 Fast 2 Furious (2003), Fast and the Furious Tokyo Drift (2006) features a whole new cast, in a brand-new city. Why then was it made part of the franchise? The drifting subculture is really the only element that links Tokyo Drift to its predecessors but even that isn’t strong enough for it to be considered the third installment of a (at the time of release) trilogy. Trading on its established and very profitable name? Undoubtedly.

Viewers who were disappointed in the second installment of the series won’t be any more impressed with the third segment of the franchise. In fact, even diehard fans of the two Fast & Furious films will find it hard to locate the positives.

The new cast, headed by Lucas Black as Sean Boswell, tries hard to make it work but, ultimately, it’s a disappointing performance overall. Sung Kang makes his first appearance in the franchise, as Han Lue, while Bow Wow appears as Twinkie, the friend who introduces Sean to the drifting scene in Tokyo.

Rather predictably, the protagonist finds an enemy in a would-be villain, this time it’s the Drift King with ties to the Yakuza organized crime gang. As the two prepare to face off, it’s time for the anticipation to mount….only it doesn’t.

With no ties to the characters from earlier releases and no compelling reason to root for the good guy, the audience doesn’t have a dog in the race and, really, couldn’t care less about which one comes out on top.

Did I Mention I Really Did Not Enjoy Fast And The Furious Tokyo Drift ?

While the action could arguably salvage the movie from a lackluster plot and unsympathetic characters, it fails to do so. A minority of critics applauded the drift scenes but, for the majority of the audience, the action in The Fast And The Furious Tokyo Drift leaves a lot to be desired. Bottom line: NO VIN DIESEL.

Despite a disappointing experience for audiences, Fast And The Furious Tokyo Drift should be noted for the addition of director Justin Lin and writer Chris Morgan. Both became long-time associators and went on to create multiple films in the franchise. At the time of release, the long-term collaboration may have worried fans, particularly after they’d seen the film, but, fortunately, their fears were unfounded.

There’s two ways to look at Fast And The Furious Tokyo Drift. Firstly, as part of the Fast & Furious franchise and, secondly, as a standalone film that just happens to share a similar name. Unfortunately, the lack of humor, emotion, and action mean Fast And The Furious Tokyo Drift is doomed to be a disappointment, no matter what viewpoint you take.

While a last-minute cameo is, arguably, the highlight of the film, many people in the audience will have abandoned this one well before the credits start to roll. Although Fast & Furious fans may re-watch it out of duty to the franchise, you won’t be sorry if you give it a miss. In fact, you’ll probably be glad you did.