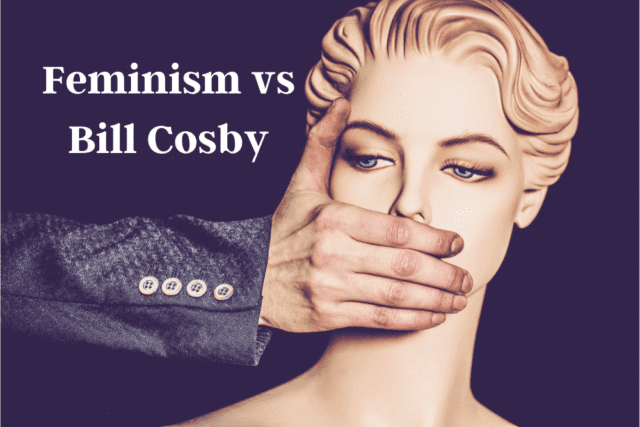 “I’m not a supporter of feminism because I don’t hate men.”

“I do not need feminism as I don’t mind doing ‘girly’ things.”

We have all heard women say such things, and at one time, we even agreed with these sentiments. We, too, believed that feminists were simply harming themselves by being so ‘in-your-face’ with their thoughts and beliefs. So, we would proudly proclaim that we weren’t one of those crazy women who always seemed angry about things.

Until we realized there definitely was something to be angry about. Not just angry, it went far beyond that. The treatment of women worldwide, the oppression they continue to face, and the harm that stems from all this inequality should leave us all enraged. You’re probably wondering, what brought on this change of mind, and today we’ll talk all about it.

How Does One Go From Anti-Feminist to Joining the Cause

Nobody can speak of what feminism is or claim to be a complete representative. After all, it is a cause that affects different people differently, and when so many mindsets come together, there is bound to be variety in thought process and understanding.

However, before realizing what feminism truly was, we were stuck in a web of misconceptions and myths that discouraged us away from feminism. Instead of realizing that it was a cause that supported gender equality and stood against any form of gender oppression, we thought it was a way for women to try and gain a one-up on men. But, after learning and interacting with strong, wonderful women, we realized there was so much to feminism that we had gotten wrong.

There were so many things that we thought formed the basics of feminism that either turned out to be completely false or exaggerated believes only followed by a minority group. Among these falsities was the belief that this movement was “for women, by women, and made up of women in opposition of men.”

Truth be told, this is just a ploy to turn people away from the movement without giving them a chance to truly experience it first-hand. Feminism should benefit everyone, as it stands for dismantling all systems of oppression, be it against any gender. It also shouldn’t be based on such a binary gender way of thinking, after all, other genders exist, and it isn’t just men and women. Saying it is a way for women to work against men erases the identities of a large percent of our population. In 2021, this is simply unacceptable!

Does Feminism Live Up to All It Promises?

It would be some sort of Utopian world if the movements we stood for really achieved all of the beliefs that they started with. That being said, it is an unavoidable fact that feminism has significantly failed to be intersectional. It doesn’t meet the needs of people of color, ignores the trans community, and disrespects the experiences of gender non-conforming people. Therefore, it does make sense if you prefer not to call yourself a feminist.

However, not being a feminist and being an anti-feminist are vastly different things. If you’re anti-feminist, you’re essentially saying that you disregard the experiences of millions of women around the world who fight every single day just to stay alive and lead healthy, normal lives. You stand against women who earned you the right to vote and drive. You stand against women who gave your body and mind the autonomy to be your own person, and not somebody else’s belonging!

If you still consider yourself anti-feminist, please read on as we work through some of the most common reasons that people give to defend their approach;

This one is said so often that we’ve gotten quite tired of hearing it.

People believe that since women have come so far in getting their rights, it is dumb to still fight and argue for more. But, why shouldn’t we? Why should we just accept being treated fairly 30% of the time instead of having it become a natural order of the world around us?

Sexism is certainly not dead, and with so many instances of rape, honor killings, female genital mutilation, and other forms of oppression happening every single day, it is simply immoral to ask us to give it a rest. Men still see us as sexual objects first, and then human beings. Until this practice is completely obliterated, a feminist’s job isn’t finished.

Who hasn’t heard feminists being called butt-hurt crybabies who just enjoy making a spectacle of themselves? We surely have!

But, wouldn’t you be hurt if there were hundreds of people you cared for facing senseless injustice, abuse, debt, and even death, all because of their gender?

Feminists believe that women are capable of handling anything life throws at us, but that doesn’t mean we should have to struggle twice as much for the same things that men are handed over in a silver platter. We don’t ask for much, just the right to be treated fairly. When did demanding fairness and justice become a crime?

This one simply isn’t true! We don’t hate men; we just want to make sure men don’t take away our right to live. We don’t believe all men are rapists and misogynists. Instead, we actually hold our allies quite dear and offer them endless love and appreciation for their support. However, we do speak out against men who conduct horrifying acts against women. We are also exceptionally vocal about the men who, despite not doing it themselves, enable this behavior.

It is a fact that all men benefit from the patriarchy in some way or another. Their refusal to realize the damage they cause and their lack of effort in dismantling it is why we stand against men, not because we hate them all or consider them the enemy. There is no enemy, just 49.6% of the total world population struggling to be treated as a living, breathing human being! 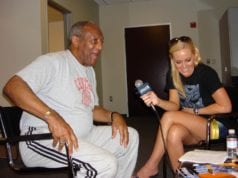