Family entertainment has never been in such high demand as it is today.

Even before we were all stuck at home during quarantine, box office and in-home viewing habits were at all-time highs.  Given the accelerating global demand for content, a greater number of distribution platforms, and affordable access to programming, the film and television industry continues to grow at titanic speed.  Every day, a litany of new shows is being ordered and released.

However, motivated to improve shareholder value and focus on rising international markets, the major studios have shifted their attention to delivering global ‘tent-pole’ productions and franchises.  Such programming is expected to support a wide range of ancillary tie-in products and revenue streams.  While many of us enjoy a superhero flick now and again, it has left many audiences underserved in today’s media marketplace.

Sam Haskell, Emmy nominated Producer and President of Magnolia Hill Productions, has found a way to set himself apart from the crowd by creating inspirational and family focused content, and by partnering with the international country superstar, Dolly Parton.  Parton’s devoted following began in the 1970s, as she ascended to country music rock star status.  With numerous top country hits, multiple Grammys, and an ever-expanding business presence (go visit her Dollywood theme park), Dolly has for the last several years been on a tidal wave of popularity.

Haskell says, “Our content authentically resonates with its intended core audience – families.  Look at our latest release, ‘Dolly Parton’s Heartstrings’ on Netflix.  Anyone who appreciates and loves Dolly’s music will find enjoyment in seeing her songs come to life and discovering the stories behind them.”  Heartstrings debuted on the Netflix platform last November 2019, airing in 100 different languages and in over 190 countries around the world.  It’s an 8-episode anthology series that showcases the stories, memories, and inspirations behind the singer’s most beloved music.  According to Haskell, “It’s something you don’t see that often anymore.  We focused on wholesome and uplifting storytelling, infused with the core of Dolly’s spirit.  Heartstrings is a show that the entire family can watch together, for all audiences to enjoy.”

Widely known as “the nice guy in Hollywood,” Haskell is revered for rising to the top of a turbulent and often conscienceless business with his character, integrity and value-system intact.  Established in 2012, in a development deal with Warner Bros Television, he formed Magnolia Hill Productions to bring forth heartwarming and inspirational stories reminiscent of “our” childhood classics.  The company first produced the very popular and heartwarming NBC television movies, ‘Dolly Parton’s Coat of Many Colors’ and its sequel ‘Dolly Parton’s Christmas of Many Colors – Circle of Love.’  In addition to their ratings successes, the films also garnered much critical praise.  Coat of Many Colors won the Movieguide Templeton Foundation Epiphany Prize, The Christopher Award, and the Academy of Country Music Tex Ritter Award.  Christmas of Many Colors won the Movieguide Epiphany prize, the Christopher Award, the Family Film Award, and was nominated for Best Television Movie at the 2017 Primetime Emmy Awards.

Heartstrings has been honored for the 2020 PaleyFest as one of the best television series of 2019.  Moreover, several of the individual episodes have received important critical accolades.  ‘These Old Bones,’ has won the Movieguide Faith & Freedom Award for TV and is also nominated for a Christopher Award.  The ‘Two Doors Down’ episode, is nominated for Best Individual Episode at the 2020 GLAAD Awards.    According to Haskell, “It’s really working.  We want to go to the family, we want to show faith, hope, encouragement, and we want to remove the negativity that surrounds us and give people a moment of peace.  Things are so crazy in the world today that people are looking for something to hold onto that’s positive.”

Haskell is committed to creating robust and successful, faith and family content.  Most recently, he finished an original Dolly Netflix musical that will air this holiday season.  With all new music and lyrics by Dolly Parton, Haskell says, “We hope this one will bring people to their knees in joy, faith, and happiness.  Grab your tissue box!” 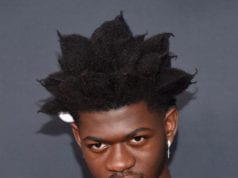 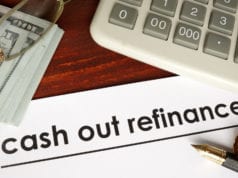 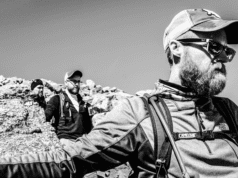 Matt Redhawk Discusses 7 Reasons Why Preparedness Is Important In 2020 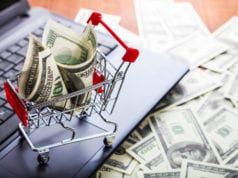