So-called “Red Flag” gun laws are similar to background checks, but they are not performed in the same way. They are basically laws passed by a number of states that try to prevent gun violence. The laws allow a number of different people to remove guns from someone who they think might be a risk, or not in a fit state of mind to have the gun. Law professionals and enforcement officers, teachers, mental health professionals, doctors, and even family members may be able to put a petition into court, which starts the process of removing the gun.

What are Red flag Laws?

Seventeen states have passed these laws as well as the District of Columbia. They are designed to give people more power to prevent gun crime. Federally licensed gun sales require an FBI check, but private sales do not, hence the red flag laws trying to make all the difference.

What Gets Checked in a Background Check?

A number of states also require a criminal background check for guns. California, Colorado, Connecticut, Delaware, Nevada, New Jersey, New Mexico, New York, Oregon, Rhode Island, Vermont, Washington and the District of Columbia all require these sorts of checks to be carried out before purchasing.

The background check is in part a record of criminal activity, the main thing that prohibits people from being able to buy a gun. The system isn’t an automatic “yes or no” system, it flags up issues for people to make the decision of whether to approve or deny.

How a Background Check for Guns Works

In the states where a background check for guns is required, the buyer needs to fill out a form called a 4473 or a Firearms Transaction Record. This is then run through a database called the NICS. This is run by the FBI who maintain the records.

The background check is designed to flag up any issues from someone’s past or allow the FBI to investigate before you purchase. You will then have your application either approved, or denied.

If you don’t hear anything within three days and the FBI hasn’t denied the sale, it can also go ahead, under something called the “Brady Law”.

In some states, this can be avoided. You don’t have to perform this check on private sales in many states, and some people even go to neighboring states to buy the gun and avoid the checks. This is sometimes referred to as the “gun show loophole”.

What Disqualifies You from Buying a Gun?

So, what are the things that can show up on the checks that hinder the chances of getting a gun? There are many things that may be on the record which get flagged up when you make the application.

Examples of the common issues that cause disqualification include:

All of these things are considered if they show up on the background check, before a decision is made, but the FBI checks need to be quick as after a window of not hearing about whether or not you are granted permission, you may be able to go ahead with the purchase.

Though both of these laws set out to do the same thing, they do so in very different ways. A background check is in place to try to prevent someone from being able to get a gun if they have a criminal past or are not legally in the US. Red flag laws are designed to give people close to a potential risk the power to step in. For example, if a mental health professional were to deem that someone is a risk, they could appeal to the court to remove the firearms from that person. 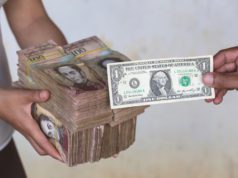 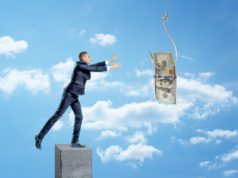 The Dictator Review: Sacha Baron Cohen is Outrageously Offensive and We Love It