John McAfee Said “I Hired That Bangkok Prostitute To Do My Taxes,” US Justice Department Files Tax Evasion Charges And Seeks Extradition 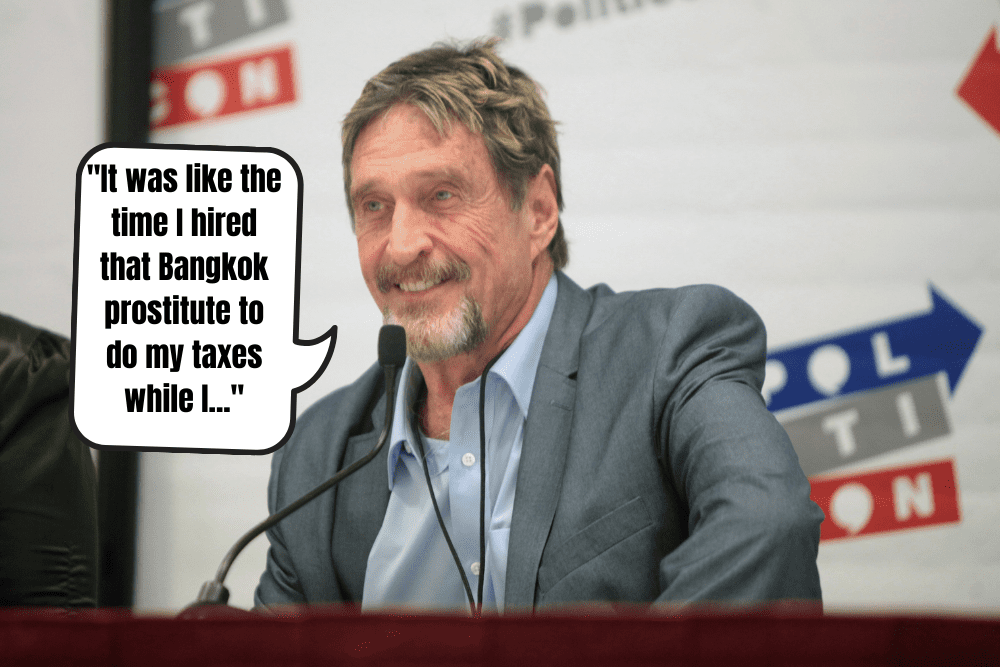 “It was like the time I hired that Bangkok prostitute to do my taxes while I fucked my accountant. It was terrible.”

With John McAfee, You Never Know What’s A Joke

If it was anybody else, we could say it was a joke. However, we are talking about John McAfee, a master manipulator of the media. It is very possible that he did have a Bangkok prostitute do his taxes while he slept with his accountant. This YouTube video was posted by McAfee seven years ago and has over 10 million views. More than likely though, this was just another promotional video designed to boost his Twitter account and to irritate the folks at Intel who bought the company from him for over $7 billion in 2010.

This Isn’t A Joke: Tech Madman, John McAfee, Arrested In Spain While the US Seeks Extradition

John McAfee, best known as the eccentric founder of McAfee Antivirus software, was arrested in Spain for tax evasion on October 3 at Barcelona airport. McAfee has been accused of failing to file tax returns for the last five years. During this time, he earned millions from “promoting cryptocurrencies, consulting work, speaking engagements and selling the rights to his life story for a documentary,” according to an unsealed indictment filed in June by the US Justice Department.

The SEC Filed Its Own Complaint Against John McAfee

The Securities and Exchange Commission filed their own complaint against McAfee on the same day.

According to the SEC Complaint:

From at least November 2017 through February 2018, McAfee leveraged his fame to make more than $23.1 million U.S. Dollars (“USD”) in undisclosed compensation by recommending at least seven “initial coin offerings” or ICOs to his Twitter followers.

Janice McAfee (McAfee’s wife), who goes by the Twitter handle @theemrsmcafee, went live on Twitter almost immediately after the McAfee arrest in Spain, with a post to his 1 million-plus followers. Janice is clearly not in a joking mood.

My statement on John’s detainment. pic.twitter.com/VU0WpUGp6R

John McAfee Is No Stranger To Controversy

John McAfee has always contended that taxes are illegal and claimed in 2019 that he hasn’t filed a tax return since 2010. He took pride in being an IRS target.

On July 17, 2017, McAfee falsely predicted the price of Bitcoin would rise to $500,000 in three years and didn’t honor his Twitter promise.

McAfee Accused of Murder in Belize

On November 12, 2012, Gregory Faull (McAfee’s neighbor in Belize) was murdered. McAfee immediately went into hiding and was declared by the Belize authorities as a “person of interest.” McAfee then fled to Guatemala, was arrested a few weeks later, faked a heart attack, and was denied political asylum.

You can’t make this stuff up!

Previous ArticleCoronavirus and the New Normal: Fight Unemployment with Tech Skills
Next Article Mustang Advisors Review: Paying Off Debt Is A Symbol Of American Exceptionalism 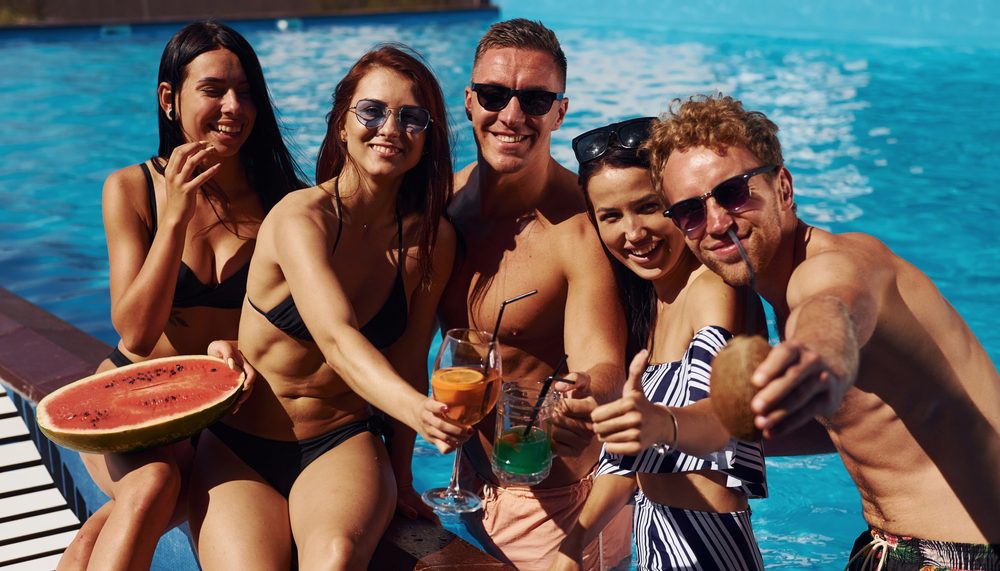