Home News Crime & Punishment O.J. Simpson and the Trial of the Century

The O.J. Simpson trial involved a criminal trial of college and professional football star Orenthal James Simpson, acquitted at the end of a sensational trial. Simpson was charged with the murder of his ex-wife Nicole Brown Simpson and her friend Ronald Goldman. The trial stood out as one of the most publicized and scandalous trials of the 20th century.

The trial ended with Simpson’s acquittal, thanks to the famed Dream Team that included Robert Shapiro, Johnny Cochran, F. Lee Bailey, Alan Dershowitz, and Barry Scheck — a team made of the top lawyers who utilized controversial and creative tactics during the 252-day trial. Ultimately, they succeeded in proving to the jurors that Simpson’s guilt wasn’t proved beyond “a reasonable doubt.” The prosecution fought hard and pointed to the mountain of evidence that implicated Simpson. Ultimately, their efforts were unfruitful as Simpson escaped by a whisker.

O.J. Simpson was a public favorite due to his glorious stint with the Buffalo Bills while his television appearances added to his popularity. He married Nicole Brown Simpson in 1985, a shaky alliance where he reportedly indulged in domestic abuse. By 1989, Simpson was charged with spousal battery — an offense, which he didn’t contest. Soon, Nicole ran out of patience; she filed for divorce in 1992.

On the fateful night of June 12, 1994, a tragedy took place when someone stabbed Nicole Brown Simpson and Ronald Goldman to death at Nicole’s residence in Brentwood, Los Angeles. The Investigation began and police collected enough evidence to arrest Simpson for the murders.

The Evidence Was Stacked Against O.J. Simpson

Interestingly, Simpson lacked an alibi for the murder’s timeframe. Nearly 40 minutes after the crime occurred, a limousine driver who was tasked to get Simpson witnessed a man wearing dark clothing hurrying up to Simpson’s Rockingham estate. Although O.J. Simpson responded to the driver via the gate phone, the latter didn’t receive any answer over the previous 25 minutes.

More importantly, a single leather glove was collected from Simpson’s home. Later, it was found to be the match of a glove from the crime scene. Initial DNA results identified the blood discovered on the glove belonging to both the victims and Simpson. Once he was arrested, further tests corroborated these findings. A wound was seen on Simpson’s hand and the DNA match of his blood to the one found at the crime scene made him look more guilty. A pair of socks from the Rockingham estate contained blood; it was traced back to one of the victims; Nicole Brown Simpson.

The coroner suspected that the killer’s knife was likely a Stiletto knife — Simpson recently bought one. Besides that, Simpson’s shoe size was also matched to bloody shoeprints found at the crime scene. The police never found the knife and shoes.

Simpson’s arrest warrant was issued on June 17, but he declined to surrender. By 7 p.m., he was seen in a white Ford Bronco driven by Al Cowlings, his former teammate. Cowlings denied police requests to pull over and argued over the phone that O.J. Simpson held a gun to his head. As a consequence, police didn’t intercept them and a low-speed chase followed. Soon, the media caught the drift of the situation and covered the event as news helicopters flew around Los Angeles. Due to Simpson’s celebrity status, millions of people tuned in to the news. An hour later, the drama ended when Cowlings drove into the Rockingham Estate. O.J. Simpson negotiated for an hour and eventually surrendered. The police found a bag in the car, which contained a revolver, disguise kit, and Simpson’s passport. Three days later, Simpson pleaded not guilty before a judge.

Subsequently, the criminal trial turned out to be more sensational as courtroom cameras captured the mayhem that followed. As per Californian history, it was the lengthiest trial to take place in the state. The Dream Team continuously challenged the evidence obtained by the prosecution. They succeeded in creating doubt that O.J. Simpson was framed due to racism. These were the 1990s — a time when racial tensions were considerably higher in Los Angeles. Thus, Simpson was presented as another African American victim that was facing the ire of the ‘white’ judicial system. The Dream Team also raised suspicion on the character of Mark Fuhrman, one of the detectives involved in the case. They argued that the police investigation was filled with blunders.

Over time, the jurors became divided as reasonable doubt increased. Meanwhile, the defense proceeded to question the credibility of the DNA evidence, according to them, was not collected properly. Criticism was also levied at Judge Lance Ito for failing to manage his courtroom proceedings.

Polls revealed that the majority of African Americans sided with Simpson and found him innocent, whereas Simpson was considered guilty among white demographics. One thing that worked in Simpson’s favor was the jury composition: nine African Americans, two whites, and one Hispanic. After deliberating for around four hours, they found him non-guilty of the murder charges. When the verdict was delivered on October 3, 1995, approximately 140 million Americans watched on television or listened in on the radio.

Sometime later, in 1997, a civil trial found Simpson liable for multiple charges pertaining to the murder for which he was forced to give over $33 million in punitive and compensatory damages to the victims’ families. Since he lost a large part of his fortune in the costly and lengthy legal proceedings in the earlier 1995 trial, Simpson has tried to avoid these payments to date.

O.J. Simpson was arrested once again in 2007. This time he was charged for stealing sports memorabilia from a hotel room in Las Vegas. O.J. Simpson claimed that he only retook what was stolen from him. By the next year, a court found him guilty of kidnapping, armed robbery, and ten other charges. He was sentenced to 33 years in prison. On October 1, 2017, he was out on parole.  Since then, he has been living in Las Vegas. 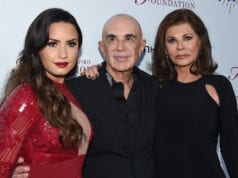 Robert Shapiro Review: LegalZoom Founder That Got OJ Simpson Off