Born on the 15th of January 1981, Pitbull is a chart-topping American rapper, producer and singer. Named Armando Christian Perez, he broke onto the music scene in the early 2000s. Initially focused on Latin hip hop, reggaeton, and crunk, he released his first album in 2004. Entitled M.I.A.M.I, he recorded and promoted the debut collection under the guidance of executive producer Lil Jon at TVT Records. In 2006 and 2007, further albums, El Mariel and The Boatlift followed. Pitbull’s first major hit reached number 2 on the American Billboard chart. I Know You Want Me (Calle Ocho) also topped the UK charts and became the standout track from the 2009 album, Rebelution.

Following on from the success of I Know You Want Me, Pitbull decided to switch up his sound and dedicated his next albums to pop music. The rebrand resulted in one of the artist’s biggest hits, Give Me Everything, which was followed by Timber, a track that reached number 1 in more than 15 different countries. At this point in his career, he was attracting fans in all corners of the globe, and other artists were keen to get involved. Over the years, he has worked with a host of household names, including Ne-Yo, Kesha, and Jennifer Lopez. J-Lo joined Pitbull and Claudia Leitte to perform ‘We Are One (Ola Ola), the official anthem of FIFA’s 2014 World Cup.

During a glittering career, Pitbull has sold over 100 million records worldwide and he has topped the charts in 15 countries and won 35 Billboard Latin Music Awards. His ability to speak different languages and his jet-setting lifestyle earned him the nickname ‘Mr. Worldwide.’ Although most will know him as a performer, producer, and artist, he is also a philanthropist, a brand ambassador, and an activist. He also owns a radio station on Sirius XM Radio.

Pitbull’s latest album, Libertad 548 was released in September 2019 and features the Spanish language hit song, No Le Trates with Daddy Yankee and Natti Natasha. The record went platinum and the song broke 100 million streams on Spotify within four months. Other notable tracks on the album include ‘Winning,’ which was used by Boost Mobile for its ‘Dale Mas’ marketing campaign. Another song, Get Ready, featuring Blake Shelton from The Voice, was later added to the brand’s adverts.

Born Armando Christian Perez, Pitbull was born to Cuban parents living in Miami, Florida. Communicating and learning in both English and Spanish from an early age, a young Pitbull took an interest in Cuban poetry and music. Miami’s vibrant music scene undoubtedly contributed to an appreciation of pop and Latin sounds, and the rapper attributes his love of music to influences including Celia Cruz and Willy Chirino. After his parents separated, Perez lived with his mother before spending time with a foster family in Georgia and later going to high school in Miami. An aspiring artist, Pitbull knew that he wanted a career in music by the time he graduated.

Speaking in an interview with the Washington Post, Perez claims that he chose the stage name Pitbull because the animal represents everything he is about. He said that dogs “Bite to lock. The dog is too stupid to lose. And they’re outlawed in Dade County. They’re basically everything that I am. It’s been a constant fight.”

Pitbull’s early career took off after a meeting with Lil Jon in Miami. Having featured on Lil Jon and the East Side Boyz Kings of Crunk album, the rapper then enjoyed his own moment in the spotlight when his track Oye was used for the soundtrack of 2 Fast 2 Furious.

A REVIEW OF MIAMI VICE, THE MOVIE

Pitbull’s career spans 20 years and showcases the diverse range of influences and the versatility of an artist that is known for writing catchy tunes, spreading messages through music and providing energetic, engaging live performances.

During the first decade of his career, Pitbull released a series of albums, with the early collections featuring a blend of Spanish and English tracks. Initially signed to Luke Records, he switched to TVT, and in 2005, Pitbull joined forces with Sean Combs (Diddy) to form Bad Boy Latino, a label dedicated to Latin soul, hip hop and pop. Having built a following in Miami and Latin America, he started to attract plaudits all over the world with the release of I Know You Want Me (Calle Ocho). After the song peaked at number 2 in the US Billboard chart, the ambitious rapper set up his own label, Mr 305 Inc.

As Pitbull’s profile grew, he started to work with some of the biggest names in music, including Usher and Jennifer Lopez. He featured on two of the tracks on J Lo’s Love? album, and the dancefloor-filler, On The Floor became a huge hit for the duo. Following on from the success of the single, he released another best-seller, teaming up with Ne-Yo on Give Me Everything to give the artist his first Billboard Hot 100 number 1.

The second decade of Pitbull’s career has seen the rapper and producer travel the world, perform in front of huge crowds and use his platform to raise awareness of key global issues. In 2015, he released an album entitled Climate Change. He continues to write, rap and sing in Spanish and English and regularly appears on TV shows and in the credits of movie soundtracks. His latest single, Get Ready, features Blake Shelton. He has toured the world and successfully completed residencies in Las Vegas.

As well as devoting time to writing and producing, he also has a YouTube channel.

“Pitbull has used his platform and financial success to try and close the gap between rich and poor in his native Miami.” according to Scott Cooper’s Miami blog, “In 2013, he launched an educational program known as Slam! (Sports Leadership and Management) in Miami’s Little Havana. The initiative is now operating in Las Vegas and Atlanta and boasts a 96% graduation rate. Pitbull is also passionate about climate change and supporting people affected by natural disasters. When Hurricane Maria hit Puerto Rico in 2017, he offered his private plane to transport cancer patients to the US to enable them to undergo treatment.”

IN THE NEWS:
April 2, 2020
Miami mayor calls for Americans to donate blood during
health crisis, teams with Pitbull 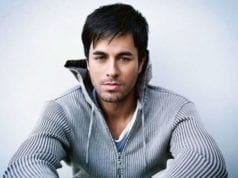 ShiptoNaija & Nduka Udeh Set A Shining Example For Other Nigerian...

Buzz Harper - July 2, 2021
0
Seaspiracy is a Netflix documentary film directed by Ali Tabrizi and released in 2021. Also starring Ali Tabrizi, the documentary is about...
Load more