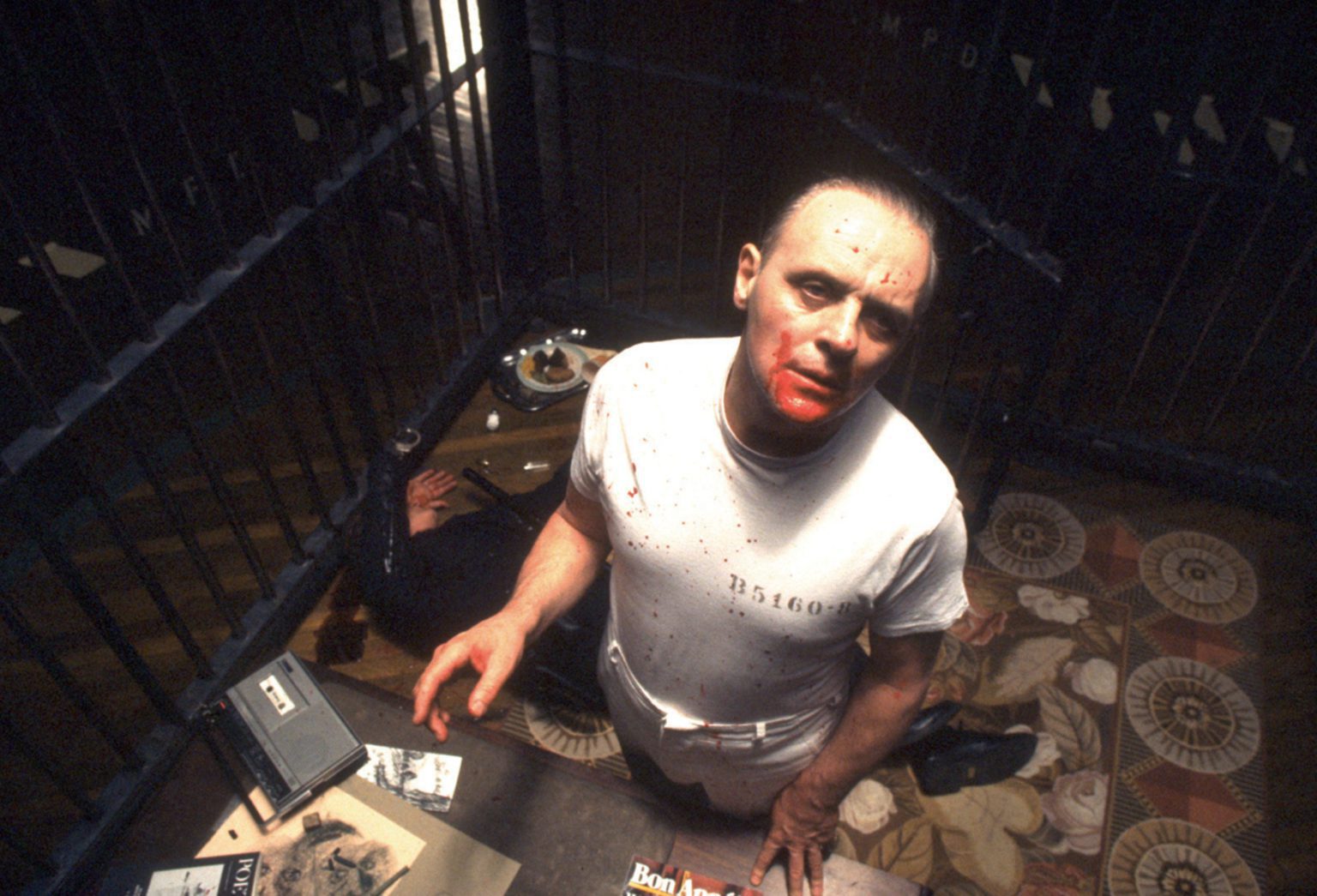 Silence of The Lambs is a 1991 adaptation of a novel by Thomas Harris. Jonathan Demme directed the movie, and Ted Tally wrote the screenplay.

The movie stars Jodie Foster as a trainee who is tasked with finding a serial killer who skins his female victims dubbed ‘Buffalo Bill.’ Foster consults an incarcerated psychiatrist and serial killer for clues on the identity of Buffalo Bill.

This psychological horror generated $273 million and became the fifth highest-grossing movie of 1991. “Silence of the Lambs is quite simply a timeless masterpiece.” said film critic Scott Cooper Florida.

Silence of the Lambs Plot

On her visit to the Baltimore State Hospital for the Criminally Insane, Clarice is subjected to sexual harassment by Dr. Frederick Chilton before he accompanies her to meet Hannibal Lecter.

Initially, Lecter is polite and accommodating, but soon cuts her off during her questioning. On her exit, a prisoner in an adjacent cell called Muggs flicks semen at Clarice. Lecter is disgusted by this and calls Clarice back. He advises her to hunt down an old patient. Her search takes her to a warehouse where she finds a man’s severed head in a jar.

Clarice returns to visit Hannibal who informs her that the head belongs to a man linked to Buffalo Bill. Lecter is prepared to profile Buffalo Bill if he is transferred to a facility away from Dr. Chilton. Meanwhile, Buffalo Bill claims another victim, and a moth is discovered in her throat.

Clarice cooperates, recalling details of her father’s murder when she was 10 years old. But, Chilton records the conversation secretly before revealing to Lecter Clarice’s duplicity. Chilton strikes an alternative deal with Lecter who agrees and is flown to Memphis.

Clarice reasons that “Louis Friend” is an anagram of “iron sulfide” otherwise known as fools gold. When she visits Lecter in Tennessee to ask him the truth he replies that Buffalo Bill’s case file has all the information.

After Lecter requests they continue their quid pro quo, Clarice relays haunting childhood memories of hearing the slaughtering of lambs in a nearby slaughterhouse. Lecter deduces that Clarice feels that she will no longer be haunted by these memories if she saves Catherine.

When Dr. Chilton arrives, Lecter hands the Buffalo Bill case back to Clarice before requesting the police accompany her out of the building.

That evening Lecter murders the guards and escapes.

Clarice studies Lecter’s notes made on the case file and which suggest Buffalo Bill knew his first victim, a lady called Frederika Bimmel. Clarice visits Frederika’s home in Ohio to discover that Buffalo Bill and Frederika were tailors. She discovers unfinished patterns identical to the pieces of skin removed from Buffalo Bill’s victims and realizes that the skin is being used to make a suit.

She calls her boss Crawford. Crawford has already cross-referenced Lecter’s notes with hospital records and is en route to arrest a man called James Gumb. Records show that Gumb is a smuggler of death’s head moths. He also believes he is transexual and had requested a sex change which was turned down.

Crawford finds Gumb’s house empty when he goes to storm it. Clarice interviews Frederika’s friends, one of which is called “Jack Gordon.” When she spots a dead’ head moth flying around the house she realizes this is Gumb.

She chases Gumb into a dark basement where she discovers Catherine in a well. Gumb pursues Clarice in a dark room with night vision goggles until he flashes his gun at which point Clarice shoots him dead.

At Clarice’s FBI graduation she receives a call from Hannibal from an airport in Bimini. He congratulates her, wishes her well then adds that he must go because he is “having an old friend for dinner.” He is seen lurking behind Dr. Chilton throw the crowd in the airport.

Silence of the Lambs Production

It took just 3 months to film Silence of The Lambs, beginning on November 15th, 1989, and completing on March 1st, 1990. Most scenes were filmed in Pittsburgh, Pennsylvania, and some in West Virginia. The house used as Buffalo Bill’s home in Pennsylvania fetched $195,000 in August 2015 after being on the market for $300,000 for a year.

Some of the FBI scenes were filmed at the FBI Academy in Quantico. Interestingly, some FBI staff were given bit parts.

The score to Silence of The Lambs was composed by Howard Shore and performed by the Munich Symphony Orchestra. The music was recorded in the summer of 1990 and used in the trailers for the sequel ‘Hannibal.’

Silence of The Lambs gained huge support with 97% of 97 Rotten Tomato film critics giving a positive review with an average score of 8.87 out of 10. Metacritic gives the film an overall score of 85 out of 100.

American film critic Roger Ebert added Silence of The Lambs to his The Great Movies list among Psycho, Halloween, and Nosferatu.

The film won The Big Academy Awards: Best Picture, Best Director, Best Actor, Best Actress, and Best Adapted Screenplay (Ted Tally). It is only one of three films to achieve this accolade.  The National Board of Review of Motion Pictures also awarded Silence of The Lambs Best Film.

Demme was awarded a Silver Bear for Best Director at the Berlin International Film Festival and nominated a Golden Globe.

In 1998, the American Film Institute listed the film as one of the 100 greatest films in the past 100 years.

Anthony Hopkins Hannibal Lecter Silence of the Lambs
Previous ArticleVote If Eminem, #1 Rapper, Should Be Inducted Into the Rock & Roll Hall of Fame?
Next Article TSE White Party Miami Features Limor Neuman As Woman of the Month at Trump Resort Sunny Isles