The film documents the famous Spotlight team from The Boston Globe, the oldest newspaper investigative journalist unit still continuously operating in the United States, and the way the team investigated cases of systemic, widespread child sex abuse throughout the Boston area at the hands of many Catholic priests.

The movie is based on a series of stories published by the Spotlight team resulting in the newspaper being awarded a 2003 Pulitzer Prize for Public Service.

Spotlight is a 2015 American biopic written by McCarthy and Josh Singer, and directed by Tom McCarthy.

After being shown the Telluride Film Festival and the 72nd Venice International Film Festival, Spotlight was released by Open Road Films on November 6, 2015. Grossing $98 million worldwide, the movie was also critically acclaimed and won an Academy Award as well as Best Original Screenplay award having been nominated in six categories.

Action begins in 1976 at a Boston Police station with two police officers discussing Fr. John Geoghan’s arrest for child molestation. A senior cleric speaks with the mother of the children while the Assistant DA enters the precinct and informs the police officers not to allow the press to find out what’s happened. The arrest is kept quiet with Geoghan released from custody.

In 2001, the new managing editor of The Boston Globe, Marty Baron, meets with Walter “Robby” Robinson, the editor of the investigative team, Spotlight. Baron reads an article published in The Globe that claims the Archbishop of Boston – Cardinal Bernard Law – knew about this sexual abuse of minors yet did nothing to stop. It. When journalist Michael Rezendes gets in touch with Mitchell Garabedian, the lawyer making these allegations, he initially declines an interview. When Rezendes tells him he is part of the Spotlight team, this revelation persuades Garabedian to open up.

The team initially felt they were following the story of a single priest who was repeatedly relocated. Instead, they unearthed a deep pattern of sexual abuse by priests throughout Massachusetts, as well as a sustained cover-up at the hands of the Boston Archdiocese.

The search is widened to encompass 13 priests. Led by Phil Saviano, the team learn from a former priest, Richard Sipe, that 6% of all priests in Boston are alleged to be abusive. The team gets to work and develops a broad list of 87 names then starts tracking down the victims so these suspicions can be substantiated.

When reporter and Spotlight member Matt Carroll learns that a priest treatment center is on the block where he lives, he doesn’t tell his children, and he doesn’t tell his neighbors. Sacha Pfeiffer, another team reporter, stops attending church after being exposed to the scope of the investigation. Strain continues to build for the team.

Following the attacks of September 11, the team are forced to scale back their story. When Garabedian informs Rezendes that Cardinal Law was aware of this abuse, and that he tried to cover it up, the team shifts up a gear.

Rezendes, at this point, wants to run the story as is to prevent further abuse, while Robinson insists on further research to expose the full extent of this systemic abuse.

The Globe won a case to unseal legal documents containing more evidence of the broader picture, the team finally starts writing the story. Publication is planned for early 2002.

As the story is ready to go to print, Robinson admits that he was sent a list of twenty abusive priests back in 1993, and he failed to follow this up.

When the story is published, a web link is included to the documents exposing the inaction and complicity of Cardinal Law. The paper also provides a hotline number for any victims in need of help. A deluge of phone calls ensues.

As the movie ends, it’s revealed that Cardinal Law eventually resigned in December 2002, but was then promoted to Rome’s Basilica di Santa Maria Maggiore.

Tom McCarthy and co-writer Josh Singer wrote the screenplay. They completed the script in June 2013.

Singer told Creative Screenwriting that one of his primary goals was to shine a light on the remarkable power of journalism. He denies any intention of exposing the Catholic Church or trying to “rattle people’s faith”. Indeed, McCarthy came from a Catholic family.

Principal photography started in Boston, Massachusetts on September 24, 2014 and ran through until October, relocating to Hamilton, Ontario.

Filming started at Fenway Park ­– at the time, the Boston Globe offices were located in Dorchester, Boston – then shifted to the Boston Public Library before rounding out at McMaster University in Hamilton, Ontario.

Editing and post-production went on for eight months with five full scenes cut out.

The visual blog Information is Beautiful reported that Spotlight was 76.2% accurate compared to real-life events. The only conceits center on powerful figures trying to warn off the journalists.

The film premiered at the Venice Film Festival to “sustained applause” and an eruption of laughter when Cardinal Law’s promotion was reported.

Spotlight had an early release on November 6, 2015. The regular US release was slated for November 25.

Universal Studios Home Entertainment released Spotlight on DVD and Blu-ray in the US on February 23, 2016.

Spotlight grossed $45.1 million in the Canada and the US, and grossed $53.2 million in other countries giving a cumulative worldwide total of $98.3 million. The production budget was $20 million, and net profit was calculated at upwards of $10 million by The Hollywood Reporter.

Spotlight was released to overwhelming critical acclaim. On Rotten Tomatoes, a movie reviews aggregator site, Spotlight scored an approval rating of 97% over 367 reviews. The average rating was 8.82/10.

On Metacritic, the film scores 93 out of 100 indicating “universal acclaim.”

Reactions to Spotlight From the Catholic Church

The film was generally positively received within the Catholic community.

Before the movie was released, the Archdiocese of Boston, Cardinal Sean O’Malley, claimed that the investigation meant the church needed to take full responsibility for these failings while attempting to vigorously reform itself.

The Catholic News Service considered the film to be a “generally accurate chronicle” of what unfolded in Boston. The only issue they took was the insinuation that the Church had not reformed.

Vatican newspaper L’Osservatore Romano reported that the movie was “not an anti-Catholic film.”

Spotlight has been included in many Top Ten Films of 2015 lists of critics, as well as garnering over 100 awards and nominations from both critics and the industry.

Spotlight received 6 nominations at the Academy Awards, winning Best Picture along with Best Original Screenplay. The movie was named the 88th greatest film since 2000 according to the BBC’s poll of international critics 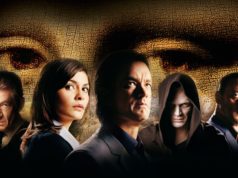 A Review of The Da Vinci Code