Home News Susan Oyer: Get Out and Stay Out of Our Schools! 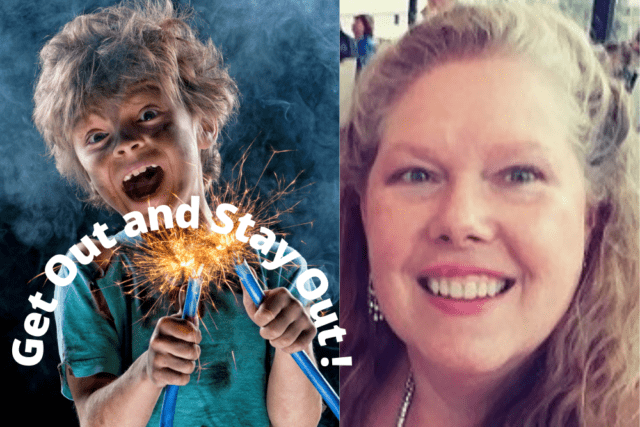 School teachers are expected to look after their students while upholding their learning institution’s values – Susan Oyer thought that applied to everyone but her. However, one middle-school teacher tested the patience of school administrators on multiple occasions before finally being removed from her position.

According to Susan Oyer’s Linkedin profile, she has “transitioned out of teaching into the medical field.” Would you love to be one of her first patients?

Susan Oyer, a school teacher at the Boca Raton Middle School had racked up a decade’s worth of complaints from schoolchildren and their parents. Oyer’s rap sheet included complaints she had mocked students for poor grades, quarreled with them on occasion, and demeaned some students for their race or nationality. However, these are just a few of the many problematic behaviors Oyer engaged in during a six year period from 2012 to 2018.

Oyer first began teaching in the Boca Raton school district in 1998. However, her problematic behavior was recorded only from 2012 onward. She is a Boynton Beach activist, a prominent figure in the city hall, and also happens to be the descendant of one of the first families to move to Palm Beach County.

Between 2012 and 2013, Oyer made inappropriate comments towards students on four instances.

The first instance in 2012 was when Oyer made disparaging comments about one of her students’ older brothers who suffered from a learning disability. Soon after, she told one of her students not to dress like a “hoochie missy” after spotting her wearing tight pants.

Her comment only got worse in 2013, when one of her students got up in front of her class and mentioned her father was travelling to Mexico to buy special ingredients for his restaurant business. Oyer responded by saying “Ingredients for what, a bomb?”

A short while later, Oyer called some of her Black students a disgrace to their own race after they failed to provide the right answer to a test question. The correct answer was “Soul Train”, a long-running TV music and dance show known for featuring Black performers.

Oyer is also accused of revealing that one of her student’s older sisters was pregnant in her class. The sister referenced was a minor at the time.

In May 2013, Oyer showed one of her students a woman’s mugshot, and asked if it was their mother. When asked about the incident, both Oyer and the school’s principal declined to provide a statement. Oyer then received a verbal reprimand for failing to be professional in a work environment.

Oyer’s next three incidents occurred during the first day of classes in August 2013. She first revealed confidential information about a student’s absence. She then upset another student by openly disparaging her penmanship. She also refused to call one of her students by their preferred nickname, and told them they should get their name legally changed if they wanted to be addressed by the nickname.

Oyer received a new verbal reprimand from the principal following the three incidents mentioned above. However, he also mentioned he was willing to “cut her a break” and would not deliver a written reprimand.

This approach essentially ignored her behavior, as verbal reprimands are not typically sent to the state’s teacher licensing board.

Oyer’s antics became even stranger a few years later. In 2015 she had asked students to write angry letters to The Hershey Company. It is believed she offered students extra credit in exchange for doing so, and that forty eight students agreed. However, the school principal’s response once again was to provide a verbal reprimand.

Things finally took a turn in June 2016 when the state stepped in. Florida’s teacher licensing commission informed Oyer she had been sanctioned for her history of inappropriate classroom remarks from 2012 to 2015. She then received an official letter of reprimand and was fined $750. In addition to this, she was required to take an ethics course. Her teacher’s license was also placed on probation for three years.

Things should have ended for Oyer there. However, her behavior would create problems once more. In September 2016, the school’s principal asked the district to look into new allegations against Oyer. It had been reported that at least three parents had asked their children to be removed from Oyer’s class within a span of just a few months.

The district investigator then stepped in and interviewed Oyer’s students and their parents. The interview revealed many shocking incidents involving Oyer. She was reported to have yelled and cursed at students repeatedly. Often using expletives such as “a**ole” or “bullsh**”.

The problematic teacher was also believed to humiliate students whose parents emailed her with concerns about her behavior. The school’s principal also revealed that Oyer admitted that she enjoyed getting her students in trouble.

In another instance, three students reported seeing Oyer push a female student and physically drag her away from her desk. The student reflexively responded by rubbing her back, only for Oyer to loudly declare she didn’t have “cooties”.

After a series of other incidents, Oyer would receive her fourth verbal reprimand. Despite this, Oyer remained a teacher at the school.

Oyer’s antics would come to a close in January 2020. One parent emailed the school and complained that Oyer had been bullying her child, had been openly her political views in class, and had simply been behaving in a “crazy and unprofessional” manner.

The principal responded by asking the district personnel’s office to investigate Oyer once again. The investigation revealed multiple other incidents that the principal had failed to report. The investigator quickly concluded that there was clear evidence of misconduct and submitted a report to district administrators.

Superintendent Denold Fennoy made the decision to fire Susan Oyer on February 25th. The school board agreed to terminate her employment in March. However, the decision was postponed. Oyer agreed to resign from her teaching position in June of the same year.

The Susan Oyer story serves as a reminder that it is always possible for problematic individuals to exploit our school systems, and that the complaints of young students should be taken more seriously. It is believed that Oyer’s antics could have been stopped much earlier if the principal hadn’t treated her with such lenience. However, it would take effort from multiple students’ parents before Oyer was finally removed from her position.