Who remembers The Bucket List? In a hospital cancer ward, two men meet just after being diagnosed. The working class mechanic Carter Chambers (Morgan Freeman) and billionaire healthcare mogul Edward Cole (Jack Nicholson) don’t appear to have much in common. And yet as the course of their treatments unfolds, the two men form an unbreakable bond.

They start to discuss the very different paths their lives have taken. It turns out that dedicated family man Chambers had been a promising historian in his youth who dreamed of becoming a professor, but due to lack of money and opportunity never realized his ambition. Meanwhile, Cole has lived a life of luxury thanks to a successful career in healthcare, but after going through four divorces, he is bitter, lonely and heartbroken, taking pleasure only in tormenting his valet Matthew (Sean Hayes).

Inspired, Chambers writes a ‘the bucket list’ of things he wants to see and experience in life. But when he receives the news that he has less than a year to live, he throws it away in despair. Cole finds the list, and it sparks something in him. He encourages Chambers to follow his dreams and offers to pay for the trip of a lifetime. The two begin an around the world odyssey, skydiving, seeing the Pyramids, going on safari, and driving race cars – but on the way, they are forced to confront deeper truths about family and faith that lead to some momentous decisions.

Did you know? The clip of 80s gameshow Jeopardy! that is shown in the film is not taken from real archive footage of the show. It was shot specifically for this film.

Shot in director Rob Reiner’s signature nostalgic manner, the film achieves a timeless feel with honeyed palettes and a gauzy look. The cutting of the footage began during the shoot rather than being entirely post-production. Reiner has stated that the movie is packed with visual effects, but ‘all in the service of making it look like there’s none in it at all’, so the film gets a sort of heightened realism. These were completed by Kaliber Visual Effects, who have also worked on other Reiner projects such as ‘Flipped’.

This is combined with a rich landscape of sound from the original soundtrack by Marc Shaiman, peppered with rousing anthems like Canned Heat’s’ ‘On The Road Again’ and ‘Say’ by John Mayer.

The film weaves an intricate mix of the very static atmosphere of the hospital cancer ward and all the color and vivacity of the madcap adventures the pair get up to in the desert and driving race cars. This sense of contrast really brings to life the no-second-chances, joyous and life-affirming nature of the film.

The casting of the two main actors is what really brings this film to life, and indeed what largely sold what could have been a difficult subject matter to the studio heads. With two leads with the charisma and star power of Nicholson and Freeman, viewers are definitely in for a treat. Jack Nicholson (Hoffa & A Few Good Men) is perfectly cast as the irascible, brash aging tycoon, while Morgan Freeman (Outbreak) turns in a typically convincing performance at the earnest mechanic fulfilling his dreams at long last.

The action sequences are what keep the film zipping along and make its content funny as much as it has an emotional heart. The feelgood buzz that is generated by watching the capers these two veteran actors experience as they tick items off the bucket list is immense and will have audiences laughing as much as getting the feels at the emotional twists and turns that the story presents.

Of course, a film with this subject matter was never going to be entirely lighthearted, and events take a bittersweet turn when Chambers suffers a seizure shortly after a temporary falling out between the men halfway through their journey. It’s revealed his cancer has spread to his brain, and two mend their bond, only for Chambers to die on the operating table after Cole emotionally promises to finish the rest of the list on his own.

This seismic event is the catalyst for Cole to finally reunite with his estranged daughter and granddaughter, and in a feelgood epilogue, it’s revealed that the character goes on to live until the age of 81, with his ashes and those of Chambers finally being scattered at the top of the Himalayas.

It’s a film that will make watchers laugh, cry, and ultimately consider how to take a carpe diem approach to life that will stay with them long after viewing. 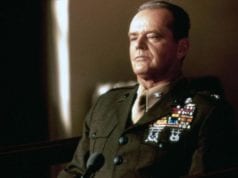 A Few Good Men Review: You Can’t Handle The Truth!

How IoT Is Impacting Leading Industries?

Mac Venucci - January 20, 2021
0
The Internet of things (IoT) is the interrelation of all the devices around us. Every year, more appliance, devices, and machines become...