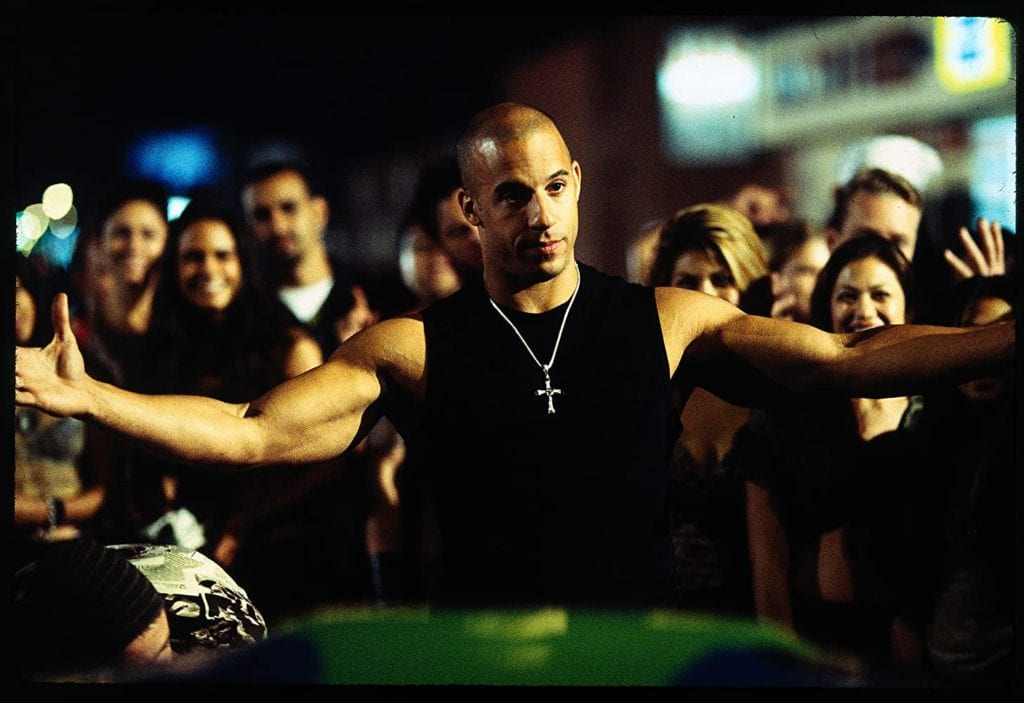 Taking you back to where it all began, the original iteration of Fast and Furious remains as entertaining today as it was in 2001. Which, depending on your viewpoint, may not be all that entertaining. While critics weren’t universally enamored with the testosterone-fueled action flick, it’s always going to be a film fan favorite.

Fast & Furious may not have been an Oscar contender, but it was never meant to be. Full of muscle cars and, well, muscles, it’s nothing if not eye-catching. The crime action-adventure film may be full of scantily clad models and perfectly sculpted villains turned heroes (or is that the other way around?) but there’s a storyline in there somewhere, too.

Based on the illegal street racing circuit in NYC, the plot sees LAPD Officer Brian O’Conner (Paul Walker) go undercover to infiltrate a crew of hijackers. Amidst his secret mission, O’Conner becomes embroiled in a street racing ring. Facing off against Dominic Toretto (Vin Diesel), O’Conner must track down the hijackers while maintaining his cover.

The undercover cop story arc may not be the first of its kind but The Fast and the Furious does it justice. The late Paul Walker and Vin Diesel lead the cast, along with Michelle Rodriguez playing Dominic’s girlfriend and Jordana Brewster as Dominic’s sister and Brian’s love rival.

The fast-paced action sequences, burning rubber, and squealing tires offer a nice adrenaline buzz but they’re not enough to keep you on the edge of your seat. Despite this, the high-octane, high-powered cars filling the screen does add something to the genre. If diesel gets you pumping, this movie is definitely for you.

As the plot progresses and O’Conner’s loyalties are divided, you won’t be tried up knots trying to work out where the story’s going. Best described as ‘mindlessly entertaining’, there’s a certain balm associated with The Fast & Furious. Sure, you won’t need to concentrate or skip back a few chapters to figure out what’s going on but not every movie needs to be thought-provoking and The Fast & Furious doesn’t claim to be. In the slightly cheesy world of action films, it does exactly what you’d expect. Until the end, that is.

There’s little mystery in the original The Fast & Furious and yet it’s ending still manages to disappoint. While the action is first-rate, and a stellar central cast lifts the movie up, the finale is, perhaps, most deserving of criticism. Both audiences and critics were unanimous in their disappointment at how writers Gary Scott Thompson and David Ayer chose to wrap up the film.

If you were hoping for a surprise ending, you’ll definitely get one, but we can guarantee it won’t leave you feeling satisfied. Never mind, there are another eight installments of the crime and action-adventure, Fast and Furious franchise to binge on.

The Fast and Furious – We Recommend It!

So, would we recommend it? Absolutely. It’s slick, sexy and unapologetically shiny. It may not revolutionize the genre or break new ground, but it’s entertaining enough to keep you watching until the credits roll.