Home Movies & TV Crime Are You A Fan of The Godfather? Let’s See How Much You...

Godfather Fans: Learn The Stories Behind The Epic Film

The Godfather (1972) is a seminal mob movie directed by Francis Ford Coppola and based on Mario Puzo’s crime novel, published a few years earlier in 1969. This movie deals with the rise to power of the Corleones, one of the most powerful American crime families of all time.

The film was a roaring success with audiences and critics. With Marlon Brando playing Vito Corleone and Al Pacino his son Michael, the film spawned two sequels in 1974 (The Godfather II) and 1990 (The Godfather III).

Did you know that this franchise was heavily inspired by real-life events and actual mobsters?

We’ll first highlight the events that helped shape these movies.

1) Michael’s Restaurant Shooting: inspired by an encounter between Joe Masseria and Lucky Luciano

One of the most iconic scenes in The Godfather sees Michael make a decisive move into the world of gangsters. He invites a couple of his father’s enemies for a sit-down at a restaurant with the intention of sorting out their differences. Heading to the bathroom to retrieve a planted gun, he returns down and executes both men in cold blood.

This event was inspired by the 1931 assassination of Giuseppe “Joe” Masseria, slaughtered in public at a Coney Island restaurant on the orders of Lucky Luciano.

2) Michael Testifying at a Senate Hearing: inspired by the court hearings of Joe Valachi, Vito Genovese, and Frank Costello

When Michael was forced to testify at the Senate hearings in The Godfather II, this mirrored real-life events during the Congressional Hearings of the 50s and 60s. During these hearings, Genovese and Costello came to the public eye.

The testimony of Joe Valachi was given not as a mobster, but instead as a government witness. This was the first time a member of the mafia had publicly acknowledged the existence of the organization. The ultimate downfall of La Cosa Nostra can be traced back to this real-life event.

3) Michael Escaping to Italy Then Falling in Love: inspired by Luciano and Genovese

When Michael avenges his father’s enemies, he flees to Sicily, falls in love, and marries Apollonia Vitelli, a local village girl.

This event in The Godfather was based on the escape of Genovese to Italy in the wake of a murder he committed. He only returned to the US when the coast was clear.

How about those characters, then?

Well, many of these were also based, at least partially, on figures from the entertainment industry.

5 Entertainers That Inspired Characters in The Godfather

Vito Corleone, as portrayed by Marlon Brando, drew on many real-life mobsters.

The low-key nature of Corleone was inspired by Carlo Gambino who was known as the Prime Minister for his diplomacy and strategic skills. Many of these elements are played out by the movie character, Corleone. He forges connections with influential politicians and businessmen. Like Gambino, Corleone also urges his underlings to steer clear of narcotics.

Johnny Fontane is played by Al Martino in The Godfather. The many and glaring similarities between this character and Frank Sinatra enraged the famous crooner.

Fontane seeks Vito’s help to wriggle out of a contract in much the same way as Sinatra leaned on real-life mob connections to renege on a contract he was unhappy with.

Fontane in the movie pursues an acting career to revive his flagging fame just as Sinatra appeared in From Here to Eternity, successfully reinventing himself.

Director Coppola even considered casting Sinatra in the role of Vito but this never panned out.

Siegel headed west as a hitman for Murder Inc., the east coast mob organization. He was instrumental in building Vegas as we know it, starting with legendary luxury casino, the Flamingo. Just like Siegel, Greene mixed freely with celebrities on the scene.

Both men had Jewish roots, and both died in a hail of bullets.

When Vito Corleone urges his son Michael to head to law school rather than getting involved in the family firm, this was based on Joseph Bonanno doing the same thing to his son.

In both cases, the son disobeyed his father’s wishes, although that’s where the similarity ends.

In The Godfather, the Corleones find out that one of their own family members is plotting to block Michael’s rise to power. After a wrong turn, the culprit is unmasked as Salvatore Tessio (Abe Vigoda plays this role in The Godfather.

The character of Tessio was inspired by Gaspar DiGregorio, a real-life gangster who was part of the Banana War. Although the motives were different, and both men died in different circumstances, the similarity is striking. 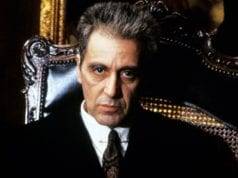 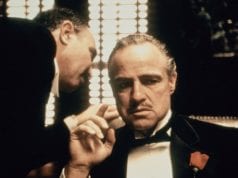 A Review of the Godfather, One of the Greatest Films Ever Made

Mac Venucci - February 19, 2021
0
Rockville Advisors wants you to believe they can improve your financial health and has begun flooding the market with debt consolidation and...

Mac Venucci - February 3, 2021
0
Godfather Fans: Learn The Stories Behind The Epic Film The Godfather (1972) is a seminal mob movie directed...

Mac Venucci - February 3, 2021
0
Snowbird Partners is simply not the best way to consolidate credit card debt. Through close to 100 web...

Gulf Street Advisors is The Ugly Secret of Debt Consolidation

Iryana Tucker - January 28, 2021
0
Five Feet Apart - who could have known that the entire world would share the social distance experience depicted in this movie...

Mac Venucci - January 28, 2021
0
A Review of Chappaquiddick Chappaquiddick is a 2017 American drama that relives Ted Kennedy's 1969 car accident that...