Home Movies & TV Crime The Specialist Review, a Miami Blast from the Past

The Specialist Cast Was Top of the Line

When people initially saw the name Sylvester Stallone and Sharon Stone lined up together back in 1994 for the film The Specialist, it was expected that people got excited over the prospect. For some, these two top actors of their day were surely going to be a match made in movie heaven. The reality is a mediocre action thriller that has little depth in plot and acting ability.

Ray Quick (Sylvester Stallone) plays the role of an explosives expert who is haunted by his troubled past as a covert assassin. He is troubled but more than willing to step back into the game if the cause right. May Munro (Sharon Stone) is determined for revenge for her murdered parents, wanting the killers to be bought to swift justice. Munro witnessed the murder of her parents which has left a more than a traumatic scar for the character.

Munro seeks the help of Ray Quick to find the best possible way to get her revenge. Both take part in extensive telephone calls together to discuss the detonation and disposal methods they could use to get rid of the killers.

Little does Munro know that Quick is following her to try to understand her life and need for revenge more closely.  Little does Quick know that Munro is up to much more than he knows and is involved in a messy web of deceit and betrayal. Enter James Woods (Ned Trent), a clinical psychopath, who just so happens to be Quick’s ex-colleague. However, Trent who is the current advisor to the Cuban Miami crime boss Rod Steiger (Joe Leon) has a son who just so happens to be on the top of Munro’s hit list.

The film is a crossover of thriller and film noir which includes a lot of explosions. The action is fun and exhilarating throughout. There is everything you would expect from a 90’s thriller from moody night clubs, fast cars, cigarettes, and sexual bravado. Buildings are blown to pieces, cars end up in the ocean and even a guy who is murdered by a pot of boiling crabs. The music supports the moody thriller-esque cinematography and is enough to build the tension before each action scene.

Sharon Stone is Sexy As Ever

In between all the action, we get to witness a sexy Sharon Stone who often revels her flesh which will be enough to keep most people glued to the screen. Like most action thrillers, scenes are started with a heavy ominous timer and big digital readouts that help build a sense of tension and urgency. Stallone plays a silent and lonely character and spends most of the time intently listening to recordings of Stone’s telephone conversations on his portable walkman.

James Woods goes mostly unscathed during all the action. He is mysterious, quick and cunning with a very special scene in which he walks towards a police bomb squad with nothing but a ballpoint pen to lay down his wrath upon them. It’s quite fascinating. 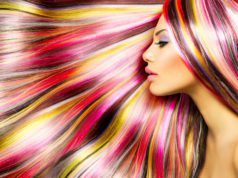