A Review of The Godfather Part II, an American Epic Crime Film 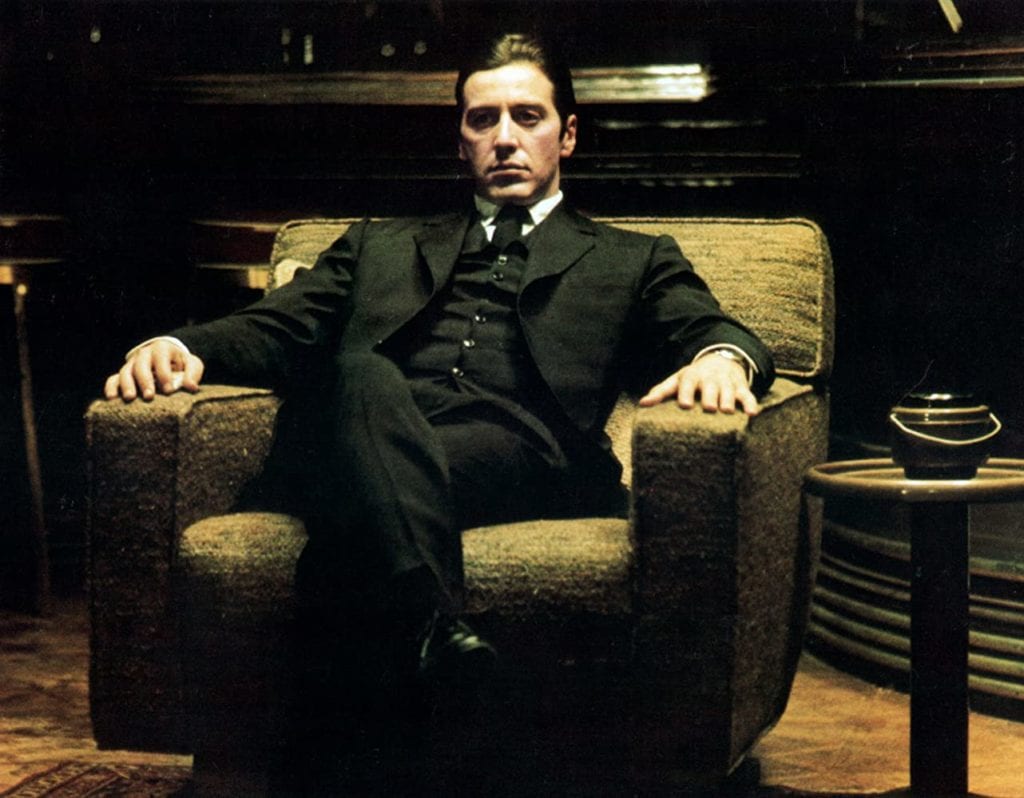 The Godfather Part II holds an unusual place in the famous trilogy inspired by the 1969 novel by Mario Puzo. Indeed, Part II acts as a sequel to the original and allows us to follow the complex path of Michael Corleone (Al Pacino). But the film wouldn’t have gained its iconic status by just being a great sequel. The Godfather Part II also introduces a prequel to the original story and presents a young Vito Corleone (Robert DeNiro), whose choice and path in life serve as a parallel to those of his son, Michael.

The parallelism throughout Part II through the rise and fall of Michael Corleone gives The Godfather Part II its iconic status. It makes no doubt that the Sicilian New York mafia triptych painted by Francis Ford Coppola in the Godfather Part I, Part II, and Part III would have been diminished if it hadn’t explored the story of Vito Corleone, the first Don of the family.

The Godfather Part II takes us through Vito’s rise in 1917, who started the family crime business. A subtle and nuanced Robert DeNiro already reveals parts of Vito’s temperament that we have discovered in the original Godfather, as Marlon Brandon plays an old Vito who is at peace with himself and the gangster world.

At the same time, the screenplay from Francis Ford Coppola and Mario Puzo manages a tour de force in using our knowledge of Vito against his son, Michael. The present time is 1958 and depicts the struggle of Michael Corleone in his role as the new Don. Coppola’s masterful narrative captures the emotional, psychological, and moral fall of Michael as a fantastic Al Pacino gives depth to the challenges that tear him apart.

As such, it’s easy to understand why a crime film that paints such a violent gangster decor has won no less than 6 Oscars, including the best supporting actor for Robert DeNiro, best director for Francis Ford Coppola, and best screenplay for Francis Ford Coppola and Mario Puzo. Let’s not forget as well that Al Pacino won the BAFTA award for best actor Michael Corleone. In short, the Godfather Part II is not only an iconic piece of cinematography. It is also one of the most influential gangster films of all time, and one that deserves its spot in the hall of best films.

The success of the original Godfather allows Francis Ford Coppola more freedom in the screenplay for the Godfather Part II, which helps to let the story of Michael Corleone unfolds in a narrative that exposes the ties and lives of each character. The once young hero we discovered in the original film, Michael, slowly loses his moral compass as he struggles to fill Vito’s shoes as the new Don. The story unfolds, showing how the young man who tried to stand apart from his family is losing the last shreds of his morality. Michael turns into a ruthless, insecure, paranoid, and feared Don Corleone, which is nothing like the role that Vito played in the family business.

The Godfather Part II is a Mafia Family’s Emotional Journey

The Godfather Part II takes us through the journey of Michael Corleone and how he becomes an empty shell, using Nino Rota’s musical score to punctuate the emotional masterpiece. At its core, the film puts emotions along with guns, depicting on the one side the family gangster business, and on the other the challenges of one man who can’t follow in the steps of his father.

Rota’s score carefully sways the viewers’ feelings, stirring mournful emotions that we already know we shouldn’t experience for violent gangsters. But the combination of masterful shots, nostalgic scores, and brilliant actors transforms the life of a mafia gang into a family drama that evokes familiar sensations. We understand the difficult task that Michael Corleone has taken. His journey is the journey of every son who attempts to fill in the shoes of their father. It’s a fall into pain, paranoia, and loneliness.

We are not surprised when Michael suspects his closest confidant, consigliere Tom Hagen, played by the charismatic Robert Duvall, whose gentle presence acts as a soothing pillar throughout the original and Godfather Part II. A paranoid Michael feels betrayed by his business, his family, and his friends, and the circle around him becomes thinner as the story revolves around him. From the attack on his son’s first communion to his wife Kay (Diane Keaton) leaving him, we follow the once war hero losing his way and himself.

A Story of a Father and Son

Acting as a parallel, Vito’s violent rise shows a Don who has learned to become sympathetic and wise, while his son is the lonely villain in the family. “As the story progresses, we see the light in Michael’s eyes disappear as he fills with self-pity and paranoia.” according to blogger Scott Cooper Miami. Godfather Part II is a sad film that echoes the child in each one of us; underneath the Mafia code, there’s a little boy still trying to outdo his father. A perfect emotional masterpiece to watch and rewatch endlessly.