Home International London and Brussels are given a New Opportunity to Save the Brexit...

A new opportunity to save the Brexit. And it will not be the last one. The President of the European Commission, Jean-Claude Juncker, and the British Prime Minister, Theresa May, held a tense meeting on Thursday in which Brussels has clung to the text of the EU’s exit agreement while London it demands its renegotiation.

The shock was inevitable. But the two sides have agreed, at least, to seek compromise solutions that only 50 days after Brexit is consumed (March 29) can avoid the dreaded scenario of a brutal and disorderly rupture.

“Despite the challenges, the two leaders have agreed that their teams should hold talks to see if they can find a way that has the greatest possible support in the British Parliament while respecting the guidelines agreed by the European Council.” Juncker and May said in a joint statement at the end of the meeting.

The meeting in the Berlaymont building, headquarters of the Commission, lasted for an hour and a half, according to diplomatic sources. And both leaders acknowledged that it was “hard but constructive,” terms that describe the confrontation but also the hope of reaching a squaring of the circle that, for now, seems unattainable.

The Prime Minister also met with the President of the European Council, Donald Tusk, with whom he has had several clashes in recent months. Tusk has always been in charge of transferring to May the resounding position of the 27 EU partners who, one summit after another, have remained united in the face of the London maneuvers.

“There is still no way out,” Tusk tweeted after the appointment with May. “The talks continue,” he added. The Pole had caused a stir the day before in London by asking in public “how will be the special place of hell reserved for those who promoted the Brexit without even having the outline of a plan on how to carry it out safely.”

The Prime Minister followed her particular Stations of the Cross in the European Parliament, where she met with the President, Antonio Tajani, and with the members of the Parliamentary Group in charge of Brexit. The coordinator and president of that group, the liberal MEP Guy Verhofstadt, said later that “from the hell in which we find ourselves today, there is finally a hope of finding a solution although it will not be paradise”.

Diplomatic sources indicated that the prime minister has tried to convince the community leaders that there has been great progress in the negotiations in the British Parliament. And that the agreement could be approved with a comfortable majority as long as the EU agrees to introduce changes in the so-called safeguard for the Irish border .

London demands that these changes be incorporated into the agreement, that they be legally binding “and that they guarantee that we will not be trapped indefinitely by the safeguard,” the sources said.

Brussels has rejected all these demands and only offers London the possibility of renegotiating the political declaration on the future relationship between the EU and the United Kingdom.

Despite the resounding no of the EU, optimism is much stronger in the British delegation, led by a prime minister convinced, as always for two years, that has the historic agreement at hand. In Brussels, however, mistrust spreads after the bitter experience of having bet several times on the voluntarism of May without any tangible result so far.

Even so, the veteran president of the Commission, tanning in dozens of community negotiations until the last minute, still sees a possibility. “My working hypothesis is not the non-agreement,” he said Wednesday, 24 hours after meeting May. And after the appointment, agreed to set a new meeting at the end of February with the prime minister to evaluate the possible progress of the negotiating teams.

British sources also encourage optimism with the meeting scheduled next week between the EU’s chief negotiator, Michel Barnier, and the British Secretary of State, Stephen Barclay. The appointment is interpreted as an opening of contacts at the technical level after the political scores that have taken place since the House of Commons knocked down, by an overwhelming majority, the exit agreement agreed on 25 November.

Brussels maintains its prudence but notes the movements that are happening in the British Parliament. This week the Secretary-General of the Commission, Martin Selmayr, was received in Brussels a delegation from the British Parliament led by Hilary Benn, a Labor MP who chairs the committee of parliamentarians on Brexit.

British sources say that Selmayr offered the possibility of adding to the exit agreement two letters from Tusk and Juncker confirming the temporary nature of the Irish safeguard, which would give legal force to these texts.

London shouted Eureka before what seemed an assignment of Brussels to reopen the agreement. But Selmayr immediately tweeted that “on the European side, nobody is considering this add legal guarantees to the agreement.” However, the secretary general of the Commission admitted asking the British parliamentarians “if any guarantee would help the agreement to be approved by the Commons” and the answer was not conclusive. 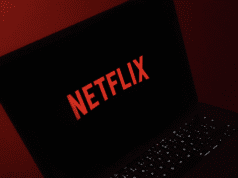 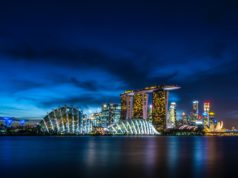 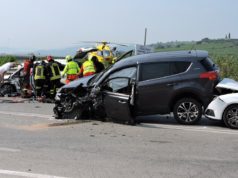 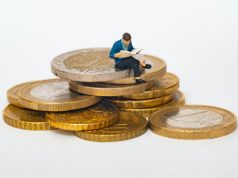