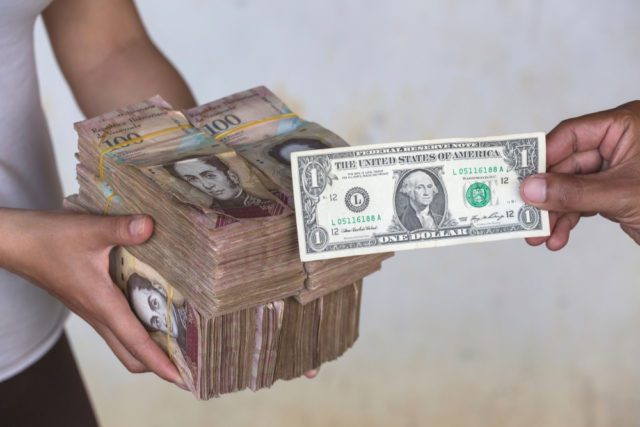 Venezuela has been one of the major oil producers in the world for the last century. The country saw steady economic growth, led by oil exports to Spain, Portugal, Italy, Mexico, Colombia, and the U.S. That is why it comes as a shock to many that the country has more or less ceased all new exploration for oil.

Oil rigs that once dug deep into one of the world’s largest crude oil reserves are left abandoned with dwindling production. Oil refineries that processed large volumes of oil for export can now be seen leaking crudes that are setting the coastlines of the country dark.

At the same time, the country is going through huge fuel shortages that leave long queues at gas stations. What exactly caused this economic collapse? Could it have been avoided? This is what I am trying to answer.

What Went Wrong In Venezuela?

Venezuela’s economy has been closely tied to oil production and exports. This is largely affected by oil and gas prices in the international markets. While socio-political reforms at home do matter, high oil prices can bring periods of prosperity that can be a boon to Venezuelan leaders.

In 1999, the country was taken over by the charismatic Hugo Chavez, who hoped to be the new Che Guevara for the country. Chavez seized power in a highly contested election after an oil price crash that tanked Venezuela’s economy.

Most of the traditional parties had lost popular support. There was rising poverty and unemployment. Chavez promised socio-economic reforms that would uplift the masses and get payback from wealthy businesses and the rich who had led to the downfall of the Venezuelan economy.

Chavez encouraged and fueled nationalist and socialist policies at a scale that had never been seen in the country before. His first few years in the office were spent introducing social welfare programs that were widely run by military generals and officers.

These plans involved using more than 70,000 troops from the army, navy, and air force to repair infrastructure, hospitals, and schools. The military troops sold foods at low prices carried out vaccinations and removed stagnant bodies of water that had become the breeding grounds for mosquitoes and other disease-carrying insects.

Although the plans did help improve the living condition for millions of poor people, there were reports of massive corruption in spending. Chavez claimed that he had allocated around $20 million for the program, but later reports showed that more than $113 million were spent in total.

Chavez also established his own media wing consisting of two newspapers and his own weekly radio broadcast, ‘Alo Presidente’ a program where he would take calls from the public to show his concern for the people.

Under his presidency, Venezuela began a program of increasing the country’s influence on a geopolitical scale. In 2005, Chavez started providing subsidized oil to other countries in the region, including Cuba, through an alliance that was called Petrocaribe. During the course of his presidency, which lasted until 2013, strategic petroleum reserves of the country dwindled and the government debt increased twofold.

As the global crude oil prices remained relatively high from 2005 to 2012, the negative effects of Chavez’s socialist policies were largely masked. In essence, his social reforms reduced the overall productivity for the country.

In January 2013, Chavez was elected president of the country for the fourth term. He died two months later in March. Venezuela’s presidential guard reported that he died due to a heart attack. He was also reported to be suffering from pelvic cancer.

His Vice President at the time, Nicolas Maduro took overpower. Maduro alleged that the U.S. secret agencies had poisoned Chavez, which was denied by the U.S. authorities.

During his time, Chavez had used his popularity among the working class of Venezuela to expand the powers of the presidency. He had laid the groundwork for taking the country towards authoritarianism.

For example, Chavez effectively took control of appointments to the Supreme Court, ended term limits, raised taxes, censored and harassed the press, nationalized hundreds of private businesses and foreign-owned assets, including those of ExxonMobil. These reforms made it easier for Maduro to establish a dictatorship after Chavez’s death.

In the middle of 2014, global oil prices tanked. Venezuela’s economy that was closely tied to oil prices plummeted as a consequence. There was widespread unrest and Maduro tightened his grip on power through censorship, political repression, and manipulation.

In 2018, he secured re-election in a political campaign that was widely condemned as unfair and undemocratic.

Since then, things have gone from bad to worse for the country. The central bank has stopped releasing regulatory economic data, such as the rate of inflations, GDP, public spending, and economic growth. Independent analysts believe that the economy has fallen more than 50 percent since 2013.

The country’s production is at its lowest level in the last hundred years. Much of this damage was caused by Venezuela’s policies, but the U.S. sanctions also played a role. The sanctions forced most of the oil companies operating here to stop drilling for or buying Venezuelan oil.

Only a decade ago, Venezuela was one of the largest producers in Latin America. It earned more than $90 billion a year from oil exports alone. This year, it is expected to net less than $2.3 billion in exports.

Crippling fuel shortages across the inner country have led to daily protests across most Venezuelan cities. In the capital, Caracas, fuel shipments periodically arrive from Iran that are paid for with the country’s few remaining gold reserves. These manage to keep the peace.

However, things are worse in the countryside where people have blocked down roads and clash with law enforcement officers while demanding fuel that they need to survive.

Meanwhile, the country’s major oil towns that were once a source of its wealth are now plagued with the black crude that is poisoning their lives.

Cabimas is one such town that lies on the shores of Lake Maracaibo. This town was once a center of production for the country. Now, it seeps crude from underwater wells that coat the crabs and fish that former oil workers haul from the lake for food.

Rains that cause underwater drains and manholes to overflow bring oil up to the streets, smearing houses and filling the town with a gaseous stench.

The economic decline has changed the country beyond recognition of its former glory where it almost rivaled the U.S. in terms of regional influence. 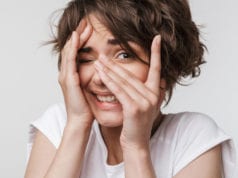